Is there a trailer for Sweet Girl movie? 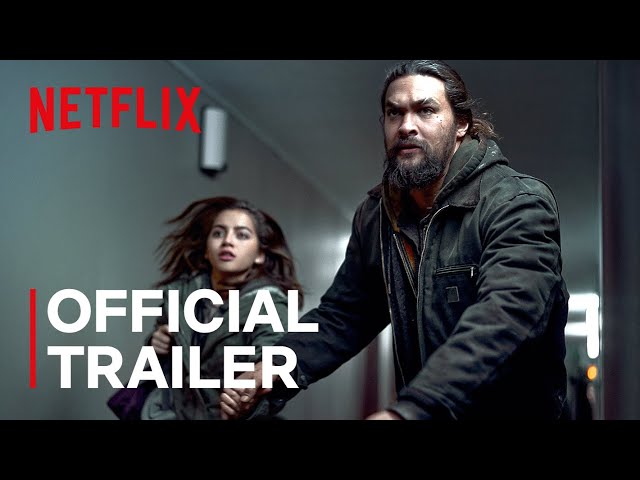 What is Sweet Girl movie plot?

In Pittsburgh, Pennsylvania, Amanda Cooper (Adria Arjona) falls ill with cancer. Her husband, Ray (Jason Momoa), finds out a potentially life saving drug for Amanda was pulled off the market, due to BioPrime CEO Simon Keeley's new business move. Watching Keeley on a live debate with Congresswoman Diana Morgan (Amy Brenneman), Ray calls in and threatens Keeley, saying if he doesn't reverse it, he'll kill him. Keeley doesn't take the threat seriously and Amanda passes soon after, devastating Ray and their daughter, Rachel. Six months later, Ray receives a call from a reporter, Martin Bennett (Nelson Franklin), who tells him he can help him get justice for Amanda. They meet on a subway, unknowingly followed by Rachel and a hitman named Santos. Bennett explains that BioPrime has been bribing anyone who questions their dirty deeds, including the company that made the drug Amanda needed to save her life. Santos kills Bennett and attacks Ray and Rachel. As the train stops at a station, Santos stabs Ray and knocks out Rachel, leaving them both on the platform and getting away on the train.
Two years later, Ray has been investigating Keeley on his own. He sneaks into a gala honouring Keeley and interrogates him about the hit on Bennett and the bribes. As Keeley tells him it was Chairman Vinod Shah (Raza Jaffrey) that signs off on all hits, one of Keeley's bodyguards attacks Ray and Ray accidentally kills him and Keeley. Ray takes Rachel and they hide in a motel outside of town. Rachel, concerned about Ray's quest for revenge contacts FBI Agent Sarah Meeker (David A MacDonald) and tries to convince her to look into BioPrime. The next morning, two mercenaries break into the motel and Ray kills them both, placing further strain between him and Rachel. Ray plans to go after Shah and Rachel convinces him to take her with him. They trap Shah's car and Ray tries to interrogate him, but he's killed by Santos who's been following Shah. The three meet at a diner and Ray gets Santos to tell him his employer's name, Diana Morgan, with the promise they'll meet again in Pittsburgh. Upon arriving though, they're spotted by the FBI who chase Ray to the roof of a baseball stadium. As Meeker tries to talk him down, its revealed Ray has actually been Rachel, Ray having died from his wounds two years ago at the station. She jumps into the river, and is still arrested by Meeker, but she crashes the ambulance and escapes.

Who plays who in the Sweet Girl movie cast?

Here is the full cast and characters of "Sweet Girl" movie. Actors and actresses are sorted mostly in credits order.

"Sweet Girl" movie release date was scheduled to be on August 20, 2021 distributing by Netflix.

What are Sweet Girl filming details?

"Sweet Girl" movie is rated "R", according to the MPAA film rating system.

What are critics and audiences saying about Sweet Girl movie?

More information and reviews on "Sweet Girl" movie you can get on the following websites.

You can watch Sweet Girl online streaming on Netflix:

Sweet Girl on IMDB is available at:

Sweet Girl on Wikipedia is available at: