Is there a trailer for Honest Thief movie? 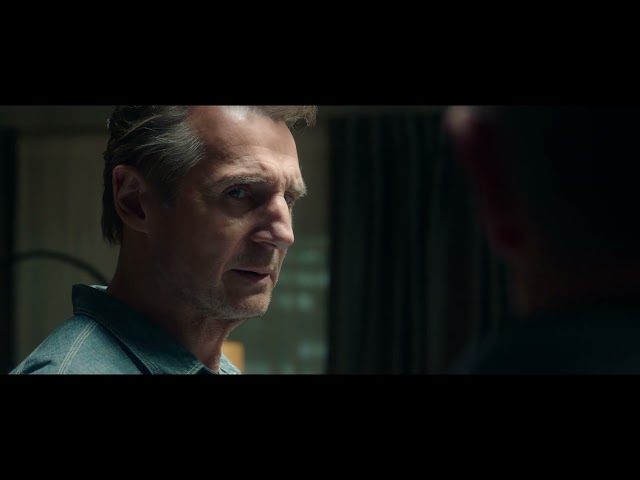 What is Honest Thief movie plot?

Sneaking around Boston for years, Tom Dolan (Liam Neeson), a former US Marine and demolitions expert, has become a master thief, earning the nickname the "In-and-Out Bandit" for his slick ways when it comes to stealing large amounts of money which he never spends as Tom is in it for the thrill the robberies give him. He turns over a new leaf when he meets and falls in love with Annie Wilkins (Kate Walsh), a psychology graduate student working at a storage unit facility.
Into their relationship, Tom attempts to turn himself in to the FBI in exchange for a short sentence so he can put his criminal past behind him. FBI Agent Sam Baker brushes him off, having received several false confessions in the past, and sends subordinates John Nivens (Jai Courtney) and Ramon Hall (Anthony Ramos) to interview him. Tom directs them to the storage unit where his money is hidden, but Nivens convinces Hall to steal the money and keep it for themselves. Nivens and Hall confront Tom at gunpoint at his hotel where he reveals that he has two-thirds of the money hidden elsewhere as a bargaining chip, but Baker unexpectedly arrives; Nivens murders Baker, and Tom is forced to flee with Annie when she also arrives at the hotel.
Tom tells Annie everything and orders her to flee, fearing for her safety. However, she returns to the storage unit to get security camera evidence that shows Nivens and Hall stealing the money. Nivens and Hall show up and Nivens knocks Annie unconscious, but an increasingly reluctant Hall tricks him into thinking she is dead and takes the evidence, unbeknownst to Nivens. Tom finds Annie and races her to the hospital. He then escapes from police pursuit, defeats Baker's partner Sean Meyers (Jeffrey Donovan) in a fistfight, and tells him what really happened before escaping. Nivens goes to the hospital to kill Annie, but can't get near her because Meyers is sitting in her room. Subsequently, Meyers realizes that Tom is telling the truth after seeing that Nivens' story doesn't add up and returning Hall's gun to him which Tom had given to Meyers, unloaded, as proof during their fight.

Who plays who in the Honest Thief movie cast?

Here is the full cast and characters of "Honest Thief" movie. Actors and actresses are sorted mostly in credits order.

What are Honest Thief filming details?

"Honest Thief" movie is rated "PG-13", according to the MPAA film rating system.

What are critics and audiences saying about Honest Thief movie?

More information and reviews on "Honest Thief" movie you can get on the following websites.

Honest Thief on IMDB is available at:

Honest Thief on Wikipedia is available at: