Here are "The Front Runner" movie trailer, plot summary, full cast and characters, release date, streaming services and everything we know so far.

Is there a trailer for The Front Runner movie?

Sony Pictures Entertainment on Friday, November 02, 2018 released the trailer for "The Front Runner" you can watch here:
THE FRONT RUNNER - Official Trailer #2. 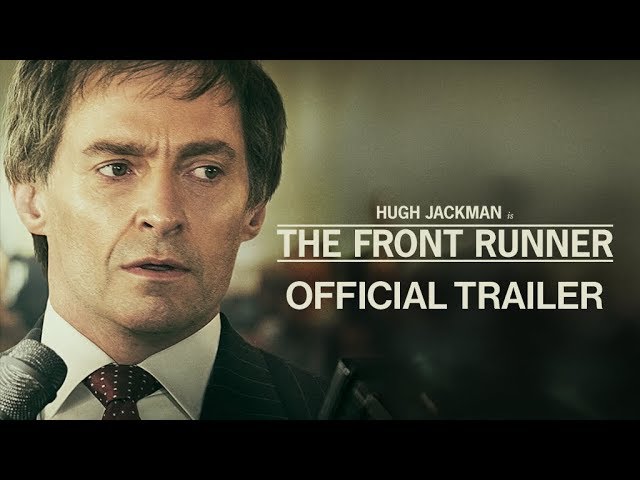 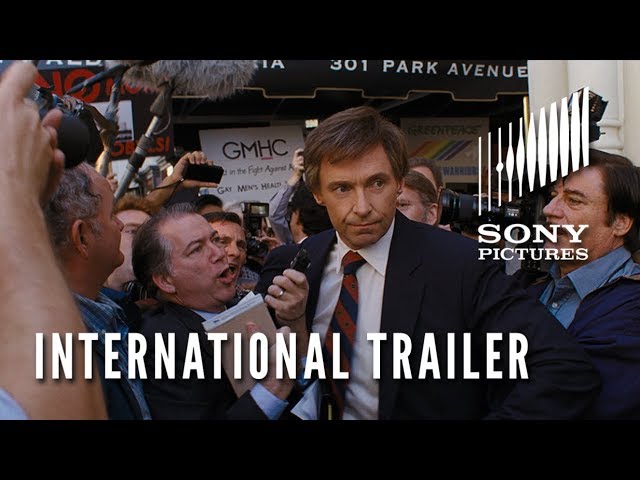 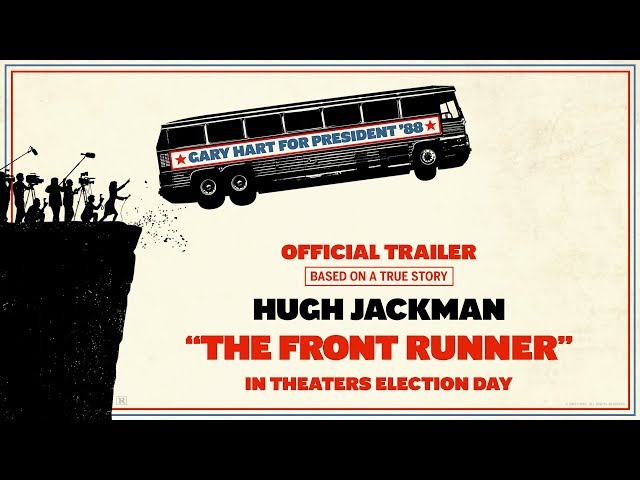 What is The Front Runner movie plot?

Here is a short review of "The Front Runner" movie plot summary.

After finishing second to Walter Mondale in the 1984 Democratic Party presidential primaries, former Senator Gary Hart (Hugh Jackman) is now the widely accepted frontrunner in the 1988 Democratic Party presidential primaries. Leading up to the formal launch of his campaign in April 1987, some of Hart's campaign staff are concerned that he won't open up about himself (letting the public "get to know him"), instead focusing on ideas and policy. Meanwhile, at The Washington Post, editors and journalists discuss whether the paper should report on Hart's marital problems and rumoured promiscuity.
After the first week of campaigning, Hart joins his friend Billy Broadhurst (Toby Huss) for a yacht cruise from Miami to Bimini on the Monkey Business, where he meets Donna Rice (Sara Paxton), a young woman. Days later at an array of pay-phones in an airport, two reporters (A.J. Parker of the Post and Tom Fiedler (Steve Zissis) of the Miami Herald) overhear Hart's end of a conversation, presumably with Rice.
On the campaign plane, Hart gets to know Parker, offering paternal advice and giving the young reporter a Tolstoy novel to learn about the Soviets. Later, in Iowa, Parker offends Hart during an interview by asking whether he has "a traditional marriage". Hart responds: "You want to know what I'm doing in my spare time, A.J., is that it? Follow me around, put a tail on me. You'd be very bored."
Meanwhile, in Miami, Tom Fiedler has received an anonymous call from a young woman alleging that Hart "is having an affair with a friend of mine". Fiedler dismisses the call at first, but ends up tracking two women on a flight to Washington, D.C., and staking out Hart's townhouse, where he sees Hart go out and come back with Rice. Hart eventually notices Fiedler's car and there is a confrontation, during which Fiedler asks about the woman and Hart denies any wrongdoing and asserts that his personal life is nobody's business. Knowing the story will hit the news, Hart phones his wife, Lee Hart (Vera Farmiga), and apologizes.

Who plays who in the The Front Runner movie cast?

Here is the full cast and characters of "The Front Runner" movie. Actors and actresses are sorted mostly in credits order.

When is The Front Runner movie release date?

What are The Front Runner filming details?

"The Front Runner" movie is rated "R", according to the MPAA film rating system.

Principal photography began on September 18, 2017, in Georgia, with Jackman revealing the first image from the set that day.

What are critics and audiences saying about The Front Runner movie?

"The Front Runner" movie got high rating from critics. IMDB rating is 6.1/10. Rotten Tomatoes rating is 60/100. But the audience dislikes the film.

More information and reviews on "The Front Runner" movie you can get on the following websites.

The Front Runner on IMDB is available at:

The Front Runner on Wikipedia is available at: