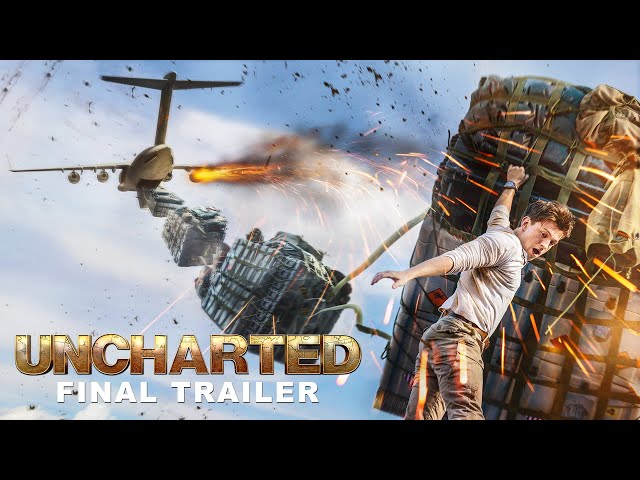 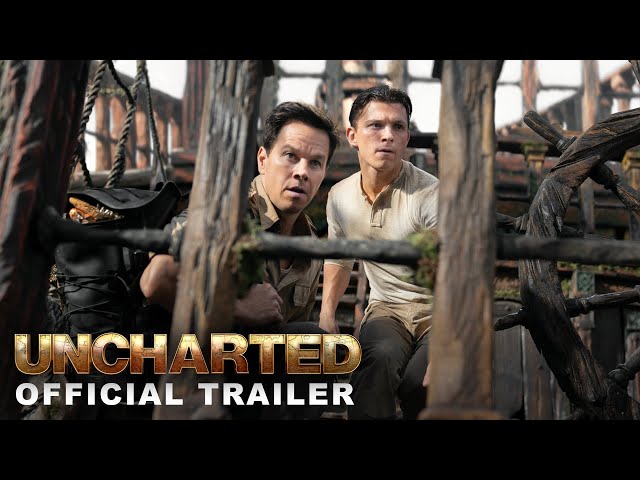 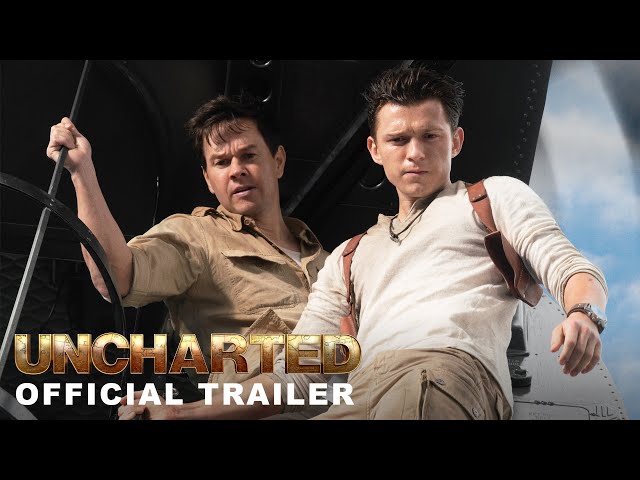 Orphaned brothers Sam (Rudy Pankow) and Nathan "Nate" Drake (Tom Holland) are caught trying to steal a map made after the Magellan expedition from a Boston museum. Before the orphanage can expel Sam, he sneaks out to be on his own, but promises Nate he'll return, leaving him a ring belonging to their ancestor Sir Francis Drake, although Sir Francis Drake actually had no children.
Fifteen years later, Nate works as a bartender in New York City and pickpockets wealthy patrons. Victor "Sully" Sullivan (Mark Wahlberg), a fortune hunter who worked with Sam tracking treasure hidden by the Magellan crew, explains to Nate that Sam vanished after helping him steal Juan Sebastian Elcano's diary. Nate, having stopped receiving postcards from Sam, agrees to help Sully find him. Sully and Nate go to an auction to steal a golden cross linked to the Magellan crew, where they meet Santiago Moncada (Antonio Banderas), the last descendant of the Moncada family, who had financed Magellan's expedition, and Jo Braddock (Tati Gabrielle), leader of Moncada's mercenaries. Nate is ambushed by Braddock's men, and the ensuing fight creates a distraction for Sully to steal the cross.
The duo travel to Barcelona, where the treasure is supposedly hidden, and rendezvous with Sully's contact Chloe Frazer (Sophia Ali), who has another cross. Nate, Chloe, and Sully follow clues in Elcano's diary to Santa Maria del Pi, finding a secret crypt behind the altar. Nate and Chloe enter, finding a trap door, but as they open it, the crypt floods with water. Sully helps them escape after subduing an ambush by Braddock. Using the two crosses to unlock a secret passage, Nate and Chloe find a map indicating the treasure is in the Philippines. Chloe betrays Nate and leaves to take the map to Moncada, hinting Sully is keeping a secret about Sam.

"Uncharted" movie is rated "PG-13", according to the MPAA film rating system.

What are critics and audiences saying about Uncharted movie?

"Uncharted" movie got high rating from critics. IMDB rating is 6.3/10. Audiences polled by CinemaScore gave the film an average grade of "B+" on a scale ranging from A+ to F.