Is there a trailer for Stillwater movie?

Focus Features on Tuesday, May 11, 2021 released the trailer for "Stillwater" you can watch here:
STILLWATER - Official Trailer - In Theaters July 30. 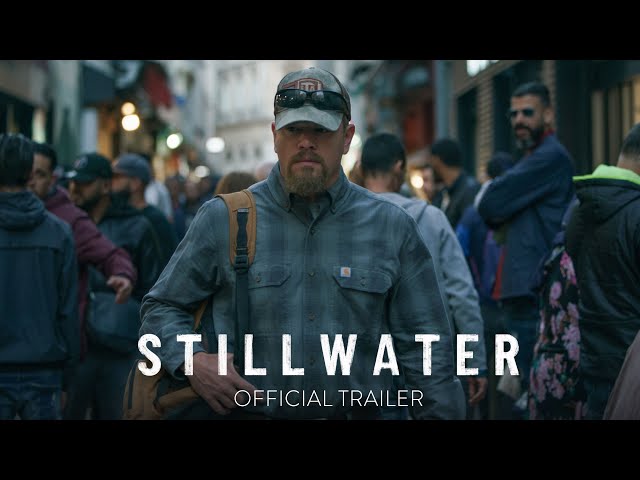 What is Stillwater movie plot?

Here is a short review of "Stillwater" movie plot summary.

An oil worker in Stillwater, Oklahoma, named Bill Baker (Matt Damon) learns that his estranged daughter Allison (Abigail Breslin), while studying for a year in Marseille, has been falsely arrested, pending trial, and charged with murdering her friend and partner, Lina. He travels there to visit her in prison and discovers that she has all but exhausted her legal options. He moves permanently to France and struggles to clear her name, contending with the language barrier, cultural differences, and a complex and unfamiliar legal system based on the French penal code. He is aided by a French woman named Virginie (Camille Cottin) and her eight-year-old daughter Maya (Lilou Siauvaud). As the pressure mounts, he must decide just how far he is willing to go.

Who plays who in the Stillwater movie cast?

Here is the full cast and characters of "Stillwater" movie. Actors and actresses are sorted mostly in credits order.

When is Stillwater movie release date?

"Stillwater" movie release date was scheduled to be on July 8, 2021 (Cannes), on July 30, 2021 (United States) and on September 9, 2021 (Germany) distributing by Focus Features, Universal Pictures Germany and WW Entertainment.

What are Stillwater filming details?

The duration of the film is 140 minutes. The film's budget is $20 million.

"Stillwater" movie is rated "R", according to the MPAA film rating system.

What are critics and audiences saying about Stillwater movie?

More information and reviews on "Stillwater" movie you can get on the following websites.

Stillwater on IMDB is available at:

Stillwater on Wikipedia is available at: