Here are "The High Note" movie trailer, plot summary, full cast and characters, release date, streaming services and everything we know so far.

Is there a trailer for The High Note movie?

Focus Features on Friday, February 28, 2020 released the trailer for "The High Note" you can watch here:
THE HIGH NOTE - Official Trailer . 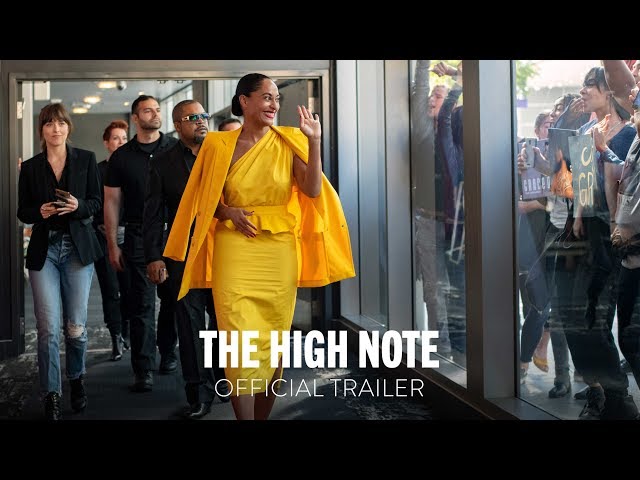 What is The High Note movie plot?

Here is a short review of "The High Note" movie plot summary.

Maggie Sherwoode (Dakota Johnson) is the longtime personal assistant to legendary R&B singer Grace Davis (Tracee Ellis Ross) who still has a successful touring career despite not releasing new material for a decade. Maggie is also an aspiring music producer, remixing Grace's songs in her free time. Grace's manager, Jack Robertson (Ice Cube), believes that her time has passed and she should accept a Las Vegas residency and continue releasing live albums rather than record new material.
At a grocery store, Maggie meets aspiring musician David Cliff (Kelvin Harrison Jr.) and watches him perform outdoors. He invites her to a party at his house, where to her surprise she learns that despite slumming it as a musician he is quite wealthy. Impressed by his voice, she lies about being a professional producer and offers to work with him on an album. He accepts and the two begin work together with Maggie coaching him through his nerves.
Grace is displeased when a famous music producer remixes one of her songs to modernize it with excessive synths and pop elements. Appalled, Maggie shows Grace her own version of the song, and Grace decides to release Maggie's version, without payment or credit. While Maggie is pleased to be producing for Grace, Jack pulls her aside to reveal how her tactlessness ruined potential future deals. Grace later expresses her interest in recording a new album to her record label. They discourage the idea and push her towards the Vegas residency to Grace's embarrassment. Maggie encourages Grace to disregard the label and create new material but Grace lectures her on how women of her age and race rarely succeed in music.

Who plays who in the The High Note movie cast?

Here is the full cast and characters of "The High Note" movie. Actors and actresses are sorted mostly in credits order.

When is The High Note movie release date?

What are The High Note filming details?

"The High Note" movie is rated "PG-13", according to the MPAA film rating system.

Principal photography began in May 2019 around Los Angeles.

What are critics and audiences saying about The High Note movie?

More information and reviews on "The High Note" movie you can get on the following websites.

The High Note on IMDB is available at:

The High Note on Wikipedia is available at: