Here are "The Room" movie trailer, plot summary, full cast and characters, release date, streaming services and everything we know so far.

Is there a trailer for The Room movie?

RLJE Films on Friday, June 19, 2020 released the trailer for "The Room" you can watch here:
THE ROOM - Official Trailer. 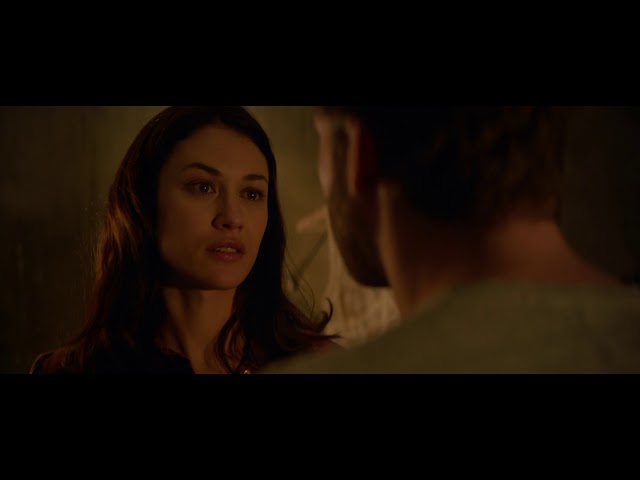 What is The Room movie plot?

Here is a short review of "The Room" movie plot summary.

Matt (Kevin Janssens) and Kate (Olga Kurylenko), a young couple, move to Upstate New York, having purchased a home. While renovating, they discover a large hidden room and that a murder occurred on the property decades before.
That evening, Matt learns that the killer is a "John Doe" and that he is still alive, in a psychiatric hospital and inadvertently discovers the Room can grant any wish. He tells Kate and both quit their jobs with the Room providing everything they desire.
Kate falls into depression when she realizes that nothing they wish for has any real value. To cheer her up, Matt tells her he wants to try for a child, but she becomes angry, reminding him of two previous miscarriages. She exclaims that she can't put herself through that pain again and storms out of the room but ends up using the Room to create a baby, Shane. Matt and her don't desire to uncreate the baby so Matt goes to speak with "John Doe".
At the hospital, Matt speaks with the "John Doe" and is warned that he and his wife should leave the house and forget the room. Matt finds out the Room created items age to dust when leaving the home threshold as Kate tells Matt she is taking the baby out for some fresh air. Once the baby is outdoors the baby ages to a young child in seconds and Matt brings him inside the home.
The couple's marriage deteriorates as Kate attempts to parent Shane, while Matt ignores him. Shane grows impatient as he cannot leave the home as Kate says germs are outside. Soon Shane discovers the Room and makes an outside area inside it, causing an argument between the parents. "John Doe" calls the home and reveals to Matt that he was a child wish granted by the room and he is alive because his parents died and if Kate dies, Shane will live. Kate overhears the conversation and attempts to crash her car but cannot bring herself to do so. When she returns, the couple reunites and has sex, unknowingly being watched by Shane.

Who plays who in the The Room movie cast?

Here is the full cast and characters of "The Room" movie. Actors and actresses are sorted mostly in credits order.

When is The Room movie release date?

What are The Room filming details?

What are critics and audiences saying about The Room movie?

More information and reviews on "The Room" movie you can get on the following websites.

The Room on IMDB is available at:

The Room on Wikipedia is available at: