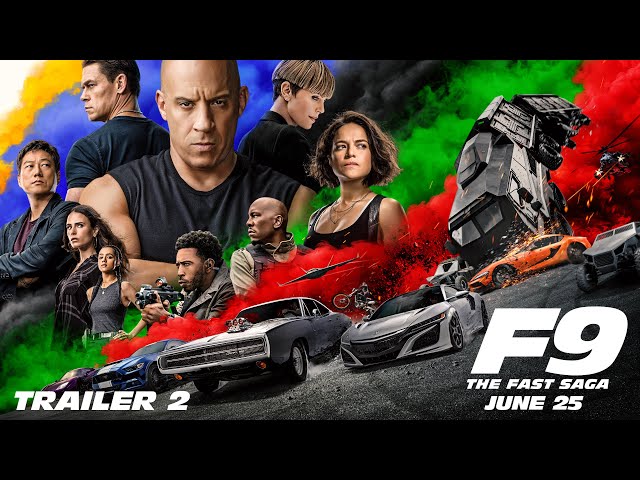 In 1989, Jack Toretto (JD Pardo) participates in a race, with his sons Dominic (Vin Diesel) and Jakob (John Cena) in his pit crew. Dom argues with rival racer Kenny Linder (Jim Parrack) about his dirty tactics. As the race resumes, Linder's car clips Jack's bumper and causes the car to hit a wall and explode, killing him. After the crash, Dom is arrested after nearly beating Linder to death. While serving his sentence, he learns about the dangers of a hairline crack, recalls that Jakob had worked on Jack's car the day he died, and concludes that Jakob was partially responsible for their father's death. Upon release, Dom confronts and challenges Jakob to a race, forcing him to leave town when he loses.
In the present, two years after the confrontation against cyberterrorist Cipher (Charlize Theron), Dom is retired, raising his son Brian with his wife, Letty Ortiz (Michelle Rodriguez). Roman Pearce (Tyrese Gibson), Tej Parker (Ludacris), and Ramsey (Nathalie Emmanuel) arrive with news of Mr. Nobody (Kurt Russell) capturing Cipher, with his plane subsequently being attacked by rogue agents and crashing in Montequinto, a fictional location in Central America. Dom agrees to help them after realizing Jakob is involved. Searching the plane, they find part of a device named Ares, which can hack into any computer-controlled weapons system. The team is then ambushed by a private army led by Jakob, who steals the device. The team rendezvous with Michael Stasiak (Shea Whigham) en route to their safe house. Dom's sister Mia arrives to help, and Dom reluctantly allows her to join them. The team learns that Han Lue (Sung Kang) is connected to Ares, and Letty and Mia go to Tokyo to investigate.

What are critics and audiences saying about F9 movie?

"F9" movie got average rating from critics. IMDB rating is 5.3/10. Rotten Tomatoes rating is 59/100. Audiences polled by CinemaScore gave the film an average grade of "B+" on a scale ranging from A+ to F.