Here are "The Aftermath" movie trailer, plot summary, full cast and characters, release date and everything we know so far.

Is there a trailer for The Aftermath movie?

SearchlightPictures on Tuesday, May 14, 2019 released the trailer for "The Aftermath" you can watch here:
THE AFTERMATH | Look For It on Digital, Blu-ray & DVD | FOX Searchlight. 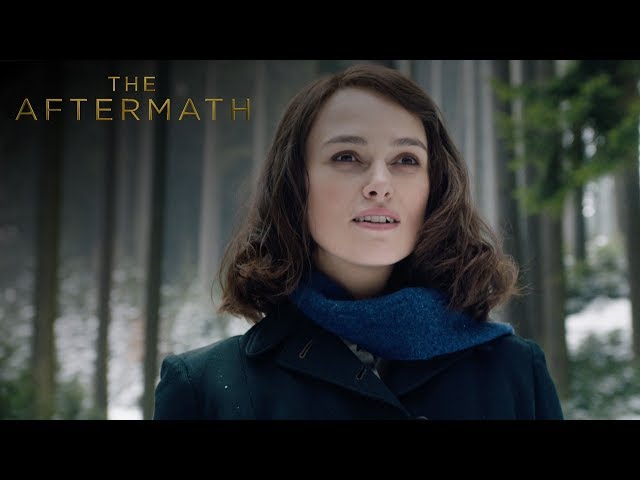 What is The Aftermath movie plot?

Here is a short review of "The Aftermath" movie plot summary.

The Aftermath is set in postwar Germany in 1945. Rachael Morgan (Keira Knightley) arrives in the ruins of Hamburg in the bitter German winter to be reunited with her husband Lewis Morgan (Jason Clarke), a colonel of British Forces Germany charged with rebuilding the shattered city and dealing with violent insurgent Werwolf activities. The couple, whose relationship is tense due to their son Michael being killed during the Blitz by German bombing, will be staying in the requisitioned house of German architect Stefan Lubert and his teenage daughter Freda Lubert (Flora Thiemann). Lewis decides to let Stefan and Freda stay in the house in the attic, a decision that Rachael is initially unhappy with because of her resentment toward Germans over Michael's death. She is very rude to Stefan. Meanwhile, Freda connects with Bertie (Jannik Schümann), who is a young German deeply involved in the Werwolf movement.
However, Rachael bonds with Stefan over shared grief: Stefan's wife was killed by Allied bombing. Rachael and Stefan begin having an affair. The situation is complicated by British Forces Germany suspecting Stefan of Werwolf involvement, though it is actually Freda's boyfriend Bertie who is involved. Lewis eventually realizes Rachael and Stefan are having an affair when he hears of her advocating on Stefan's behalf. When Lewis confronts Rachael, she tells him that she is leaving him to be with Stefan. Bertie tries to assassinate Lewis but instead kills Lewis' chauffeur by mistake. Bertie attempts to escape through the woods but falls through ice to his death. Lewis tells Rachael to leave the next morning. After Lewis admits his grief over Michael to Rachael, she hugs him. She accompanies Stefan and Freda to the train station but decides to stay with Lewis instead of leaving with Stefan.

Who plays who in the The Aftermath movie?

Here is the full cast and characters of "The Aftermath" movie. Actors and actresses are sorted mostly in credits order.

When is The Aftermath movie release date?

What are The Aftermath filming details?

"The Aftermath" movie is rated "R", according to the MPAA film rating system.

What are critics and audiences saying about The Aftermath movie?

"The Aftermath" movie got average rating from critics. IMDB rating is 6.3/10. Rotten Tomatoes rating is 28/100. But the audience likes the film.

More information and reviews on "The Aftermath" movie you can get on the following websites.

The Aftermath on IMDB is available at:

The Aftermath on Wikipedia is available at: