Here are "The Shadow Effect" movie trailer, plot summary, full cast and characters, release date and everything we know so far.

Is there a trailer for The Shadow Effect movie?

Momentum Pictures on Friday, March 17, 2017 released the trailer for "The Shadow Effect" you can watch here:
THE SHADOW EFFECT - Official Trailer. 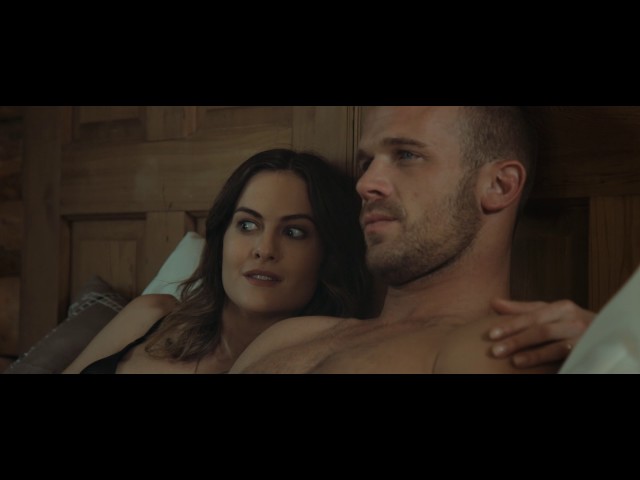 What is The Shadow Effect movie plot?

Here is a short review of "The Shadow Effect" movie plot summary.

A US senator is assassinated and his guards are killed by an assassin. He then blows himself and some other guards up with a grenade. Gabriel (Cam Gigandet) wakes up with nightmares everyday. His wife Brinn (Brit Shaw) comforts him. They run a restaurant together, and are good friends with Sheriff (Michael Biehn) Dodge. Gabe has memories of the Senator's assassination. One day, Gabe hears music and has a seizure. Later, a politician and his wife are in a boat. Gabe disguises like the assassin to fights the politician and falls off the boat. Gabe kills him, then blows himself up. He wakes up in his home to memories of the assassination. Brinn takes him to a doctor (Rhys Meyers), who gives him some medication. Gabe later hears the same music. He becomes like a robot. A man gives him a list with the name of a target. Gabe goes to the target at a subway and pushes him in front of a train, causing a cop to chase him. Gabe kills the cop then blows himself up, then he wakes up with this memory. He goes to the location where the cop died to find a finger exactly as same as his own. Dodge appears and kills him. Gabe wakes up. He doesn't take the doctor's medication. He hears the same music but gets control. The Man gives Gabe another list, and he pretends to follow the instructions. Gabe goes to the target but instead kills Dodge's men who traced him. Dodge chases Gabe, but he escapes. He confronts the Meyers, and Dodge arrives there too. Gabe drives home to realise Brinn is on it too: she is not his wife but fell in love with him. Dodge appears and kills him. Gabe wakes up in a hospital room being checked up by a doctor. He kills the doctor and a guard and confronts Meyers. Meyers' wife had died, and he built a program to recreate human clones. Gabe was their perfect killing machine, but somehow, each new Gabe recovers memories of the previous ones. Gabe is revealed to be a clone of a deceased Special Forces soldier; Dodge was his commander. Dodge appears with some men. Meyers escapes, and Gabe gets injured. Brinn arrives to help Gabe, and they kill Dodge's men. Gabe is about to die, but Brinn breaks out a new body of Gabe. As Gabe dies, the new Gabe awakes. Dodge uses the music to control Gabe but he gets control and kills Dodge. The place is about to explode, and he gets Brinn in an elevator and sacrifices himself to get the elevator up. Meyers meets with the Man to discuss the closing of the project. A few days later, Gabe wakes up to the music again in an apartment.

Who plays who in the The Shadow Effect movie?

Here is the full cast and characters of "The Shadow Effect" movie. Actors and actresses are sorted mostly in credits order.

When is The Shadow Effect movie release date?

What are The Shadow Effect filming details?

What are critics and audiences saying about The Shadow Effect movie?

"The Shadow Effect" movie got average rating from critics. IMDB rating is 4.2/10. Rotten Tomatoes rating is 23/100. The audience hates the film either.

More information and reviews on "The Shadow Effect" movie you can get on the following websites.

The Shadow Effect on IMDB is available at:

The Shadow Effect on Wikipedia is available at: