Is there a trailer for Mary Poppins Returns movie? 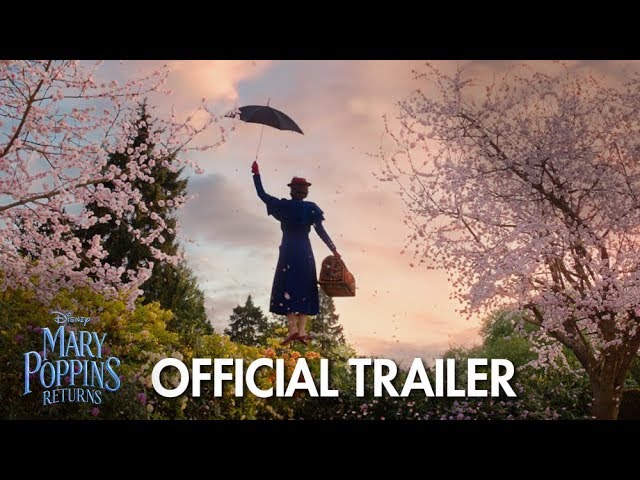 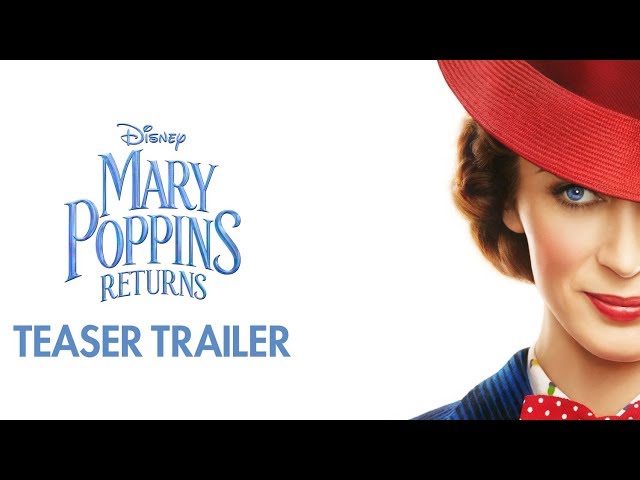 The scene is set in London, during the Great Depression. Michael Banks (Ben Whishaw) lives in his childhood home with his three children, John, Annabel and Georgie, after the death of his wife, Kate, a year earlier. Michael has taken a loan from his employer, the Fidelity Fiduciary Bank, and is three months behind on payments. Wilkins, the bank's corrupt new chairman, sends associates to warn him that his house will be repossessed if the loan is not repaid in full by Friday. Michael and his sister Jane (Emily Mortimer) recall that their father left them shares in the bank that should cover the loan, and they search the house for the share certificate. During the search, Michael finds his childhood kite and disposes of it.
The children visit a local park and Georgie, who has found the kite, flies it. Mary Poppins (Emily Blunt) descends from the sky with the kite in her hand. She takes the children home and announces that she will take charge of them as their nanny. She draws a bath for the three children, leading to underwater adventures ("Can You Imagine That?").
Michael visits the bank seeking proof of his shares, but Wilkins denies that there are any records before covertly destroying the page from the official ledger. Annabel and John decide to sell their mother's 'priceless' bowl to pay off the debt. Georgie tries to stop them, and the bowl becomes damaged while the three fight over it. Jack (Lin-Manuel Miranda), a lamplighter, greets Mary Poppins and joins her and the children on a trip into the scene decorating the bowl. During their visit to the Royal Doulton Music Hall, Georgie is kidnapped by a talking wolf, weasel, and badger that are repossessing their belongings, and Annabel and John set out to rescue him. They do so successfully, fall off the edge of the bowl, and wake in their beds. Realising they are hurting after the loss of their mother, Mary sings them a lullaby ("The Place Where Lost Things Go").

Who plays who in the Mary Poppins Returns movie cast?

Here is the full cast and characters of "Mary Poppins Returns" movie. Actors and actresses are sorted mostly in credits order.

What are critics and audiences saying about Mary Poppins Returns movie?

"Mary Poppins Returns" movie got high rating from critics. IMDB rating is 6.7/10. Rotten Tomatoes rating is 79/100. The audience also likes the film. Audiences polled by CinemaScore gave the film an average grade of "A-" on a scale ranging from A+ to F.

More information and reviews on "Mary Poppins Returns" movie you can get on the following websites.

Mary Poppins Returns on IMDB is available at:

Mary Poppins Returns on Wikipedia is available at: