Here are "Extinction" movie trailer, plot summary, full cast and characters, release date and everything we know so far.

Is there a trailer for Extinction movie? 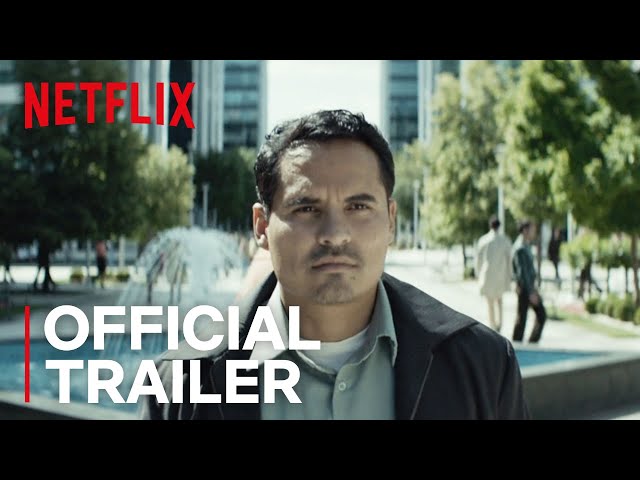 What is Extinction movie plot?

Here is a short review of "Extinction" movie plot summary.

Peter (Michael Peña), an engineer, has recurring nightmares in which he and everyone he knows suffer through violent, alien invasion-like confrontations with an unknown enemy. This causes him to have a strained relationship with his wife, Alice (Lizzy Caplan), and his daughters Hanna (Amelia Crouch) and Lucy (Erica Tremblay). He reluctantly visits a clinic to receive psychiatric help, only to find a patient there who reveals that he is having the same visions, and that the psychs would only suppress these visions. This prompts Peter to believe his visions are of an upcoming invasion.
That night, invading spaceships open fire on the city, causing significant damage. Peter and Alice barricade their apartment amid the sounds of slaughter from ground troops. An armored alien soldier breaks through the barricade and finds Lucy hiding under a table. The soldier pauses to examine the girl, which allows Peter and Alice to immobilize the soldier. Peter, now armed with the soldier's weapon, leads his family out of the building.
Based on his visions, Peter and his family agree to seek shelter at the factory where Peter works. He is able to bypass the rifle's biometric authentication and kill the soldiers guarding the apartment building's exit. They make their way to a tunnel entrance to safely travel to the factory, but not before Alice is injured from a bomb blast. As they regroup, the soldier from their apartment appears, having tracked them with a homing signal on the rifle Peter took. To Peter's shock, the soldier removes his helmet and appears human. Peter forces the soldier to carry Alice to the factory. There, his boss David (Mike Colter) explains that the invasion has been expected for many years. A medic examines Alice but informs Peter that he cannot save her. As David's men drag the invading soldier off to execute him, he yells to Peter that he can save Alice. Peter agrees to stay with the soldier to save Alice. David will evacuate their children to a subway station where a transport train awaits to take them all to an offsite base.

Who plays who in the Extinction movie?

Here is the full cast and characters of "Extinction" movie. Actors and actresses are sorted mostly in credits order.

When is Extinction movie release date?

What are Extinction filming details?

What are critics and audiences saying about Extinction movie?

"Extinction" movie got average rating from critics. IMDB rating is 5.8/10. Rotten Tomatoes rating is 32/100. But the audience kinda likes the film.

More information and reviews on "Extinction" movie you can get on the following websites.

You can watch Extinction online streaming on Netflix:

Extinction on IMDB is available at:

Extinction on Wikipedia is available at: