Is there a trailer for Cold Pursuit movie? 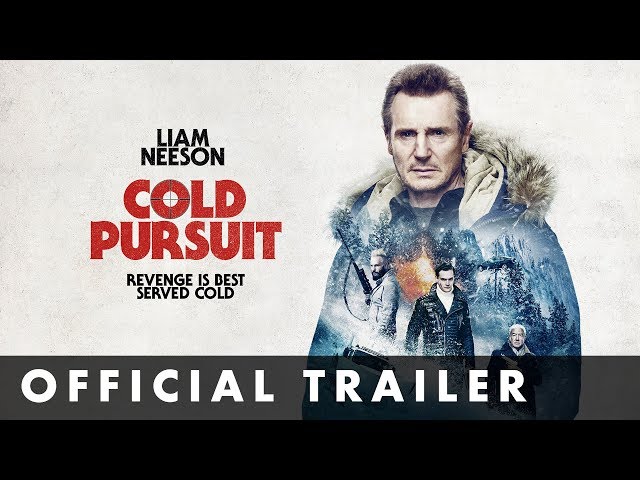 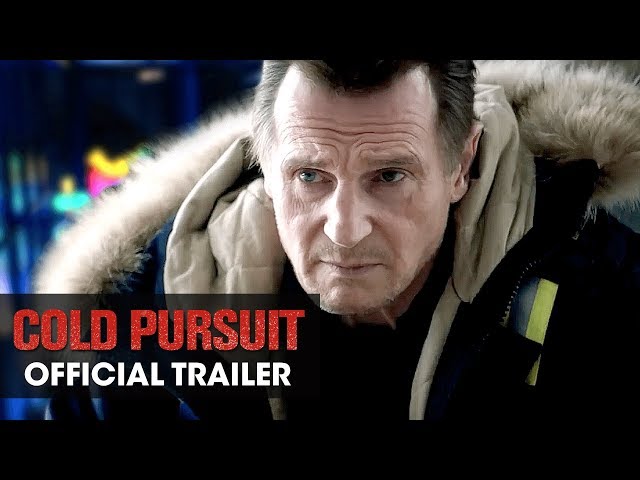 What is Cold Pursuit movie plot?

After being awarded "Citizen of the Year" by the fictional ski resort of Kehoe, Colorado, snowplow driver Nels Coxman's quiet life is disrupted when his son dies from a forced heroin overdose. He learns that his son was murdered by a Denver drug cartel. He decides to seek vigilante justice, makes a sawed-off rifle, and kills three members of the cartel, dumping their bodies in a nearby river. Nels' wife Grace leaves her husband in grief.
The cartel's psychopathic leader, drug lord Trevor "Viking" Calcote, first suspects that these deaths are the work of his rival White Bull (Tom Jackson), an Ute with whom he has so far avoided conflict. Viking (Tom Bateman) has one of Bull's gangsters murdered, not knowing it is White Bull's only son. This drives White Bull to seek "a son for a son", and he orders his men to kidnap Viking's young son.
Nels seeks advice from his brother Brock, once a mob enforcer known as "Wingman", and learns about Viking. Brock tells Nels that killing Viking requires a hired assassin, and he recommends a transplanted African-American hitman known as "The Eskimo." The Eskimo agrees to kill Viking for $90,000, but decides he can get another $90,000 from Viking by informing him that "Coxman" has hired him for the hit. Viking does not appreciate the Eskimo's "lack of professional ethics" and kills him. He thinks the Eskimo meant Brock Coxman (William Forsythe), and he takes Brock for his "last ride." Since Brock is dying of rectal cancer, he claims responsibility for the hits to protect his brother.
Viking tries in vain to stop the gang war by using one of his own men as a scapegoat and sending White Bull the man's head. This is insufficient to placate White Bull, who shoots the messenger. Meanwhile, Nels kidnaps Viking's son from his prep school before White Bull's men can do so, in order to draw Viking into an ambush. Nels treats the boy well and protects him from the violence to come.

Who plays who in the Cold Pursuit movie cast?

Here is the full cast and characters of "Cold Pursuit" movie. Actors and actresses are sorted mostly in credits order.

What are Cold Pursuit filming details?

"Cold Pursuit" movie is rated "R", according to the MPAA film rating system.

What are critics and audiences saying about Cold Pursuit movie?

"Cold Pursuit" movie got high rating from critics. IMDB rating is 6.2/10. Rotten Tomatoes rating is 69/100. The audience also kinda likes the film. Audiences polled by CinemaScore gave the film an average grade of "B-" on a scale ranging from A+ to F.

More information and reviews on "Cold Pursuit" movie you can get on the following websites.

Cold Pursuit on IMDB is available at:

Cold Pursuit on Wikipedia is available at: