Here are "The Death of Superman" movie trailer, plot summary, full cast and characters, release date and everything we know so far.

Is there a trailer for The Death of Superman movie? 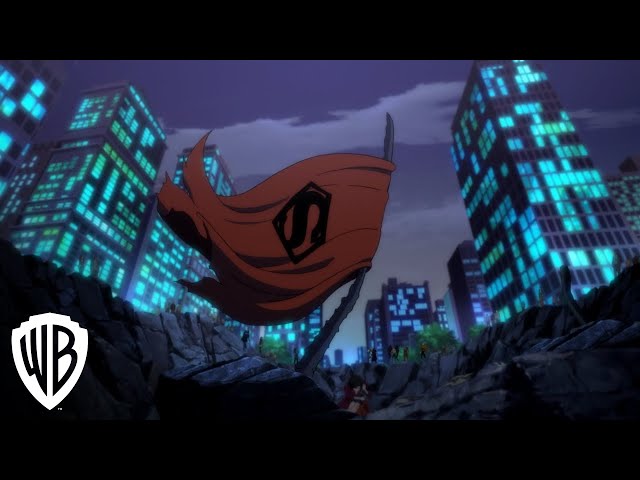 What is The Death of Superman movie plot?

Here is a short review of "The Death of Superman" movie plot summary.

Superman has become a popular superhero in Metropolis and the world. After foiling an attempted abduction of the mayor by Intergang, he takes a piece of their technology to S.T.A.R. Labs for analysis. Following this, Superman is interviewed by Daily Planet reporter Lois Lane (Rebecca Romijn) about his family heritage and the origins of how he came to Earth. Later that night, Lois meets Clark Kent's (Superman's human identity which Lois doesn't know), adoptive parents. Because of her little knowledge about Clark's personal life, Lois leaves upset and leaving her reconsidering their relationship.
At S.T.A.R. Labs, Dr. Silas Stone (Rocky Carroll) and Dr. John Irons examine the technology from the Intergang attack and confirm it to be of Apokoliptian and Earth origin, leaving Superman to suspect that his archenemy Lex Luthor (Rainn Wilson) was involved in supplying Intergang. Luthor, who is currently in government arrest, however, refuses his involvement, but Superman remains suspicious. Meanwhile in space, astronauts Hank Henshaw (Patrick Fabian), his wife Terri, and their crew are suddenly impacted by a meteorite that portaled out of nowhere. The meteor damages their ship, killing Terri and the crew, leaving Hank's fate unknown. Upon crash landing in the ocean, Lex Luthor sends a submarine crew to investigate while the Atlanteans do the same. Without warning, the Atlanteans and the sub crew are attacked and killed by a large being in a containment suit, who tears across the country on a rampage.
At a restaurant owned by Superman fan Bibbo Bibbowski (Charles Halford), Clark confesses to Lois that he is Superman and that he loves her. Meanwhile, the unknown being heads toward Metropolis, attacking everything and everyone it sees until the Justice League arrives to confront it. The being leaves several members of the League injured and nearly kills Wonder Woman in a struggle until Superman arrives to confront it. The being emerges from its suit and is revealed to be a gray-skinned, white-haired monster with incredible strength, stamina, and invulnerability. The creature, dubbed "Doomsday" by Lois, attacks Superman, who grapples with it. Superman and Doomsday engage in a fierce battle across Metropolis which eventually leaves Superman bleeding and exhausted with pain. When the monster sees Lois and prepares to kill her, Superman flies toward it at full speed and deals a blow that snaps Doomsday's neck, ending the monster's violent rampage. Superman is victorious, but is severely wounded and seemingly dies in Lois' arms while Jimmy Olsen (Max Mittelman) records the heartbreaking scene.

Who plays who in the The Death of Superman movie?

Here is the full cast and characters of "The Death of Superman" movie. Actors and actresses are sorted mostly in credits order.

When is The Death of Superman movie release date?

"The Death of Superman" movie release date was scheduled to be on July 20, 2018 (San Diego Comic-Con International) and on July 24, 2018 (Digital) distributing by Warner Bros. Home Entertainment and Warner Home Video.

What are The Death of Superman filming details?

"The Death of Superman" movie is rated "PG-13", according to the MPAA film rating system.

What are critics and audiences saying about The Death of Superman movie?

"The Death of Superman" movie got high rating from critics. IMDB rating is 7.4/10. Rotten Tomatoes rating is 92/100. The audience also loves the film.

More information and reviews on "The Death of Superman" movie you can get on the following websites.

The Death of Superman on IMDB is available at:

The Death of Superman on Wikipedia is available at: