Is there a trailer for Ocean's 8 movie? 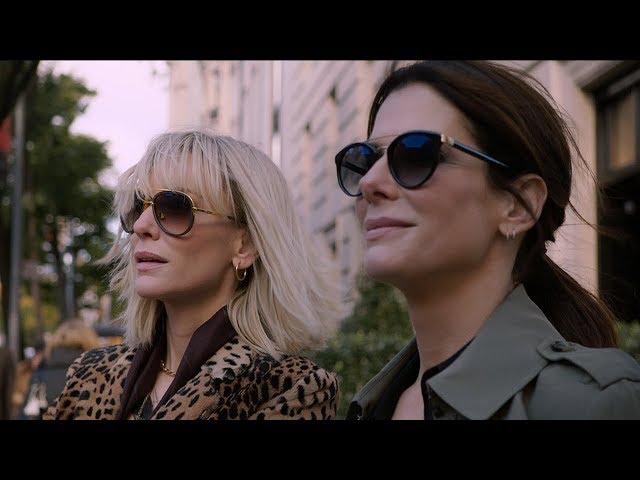 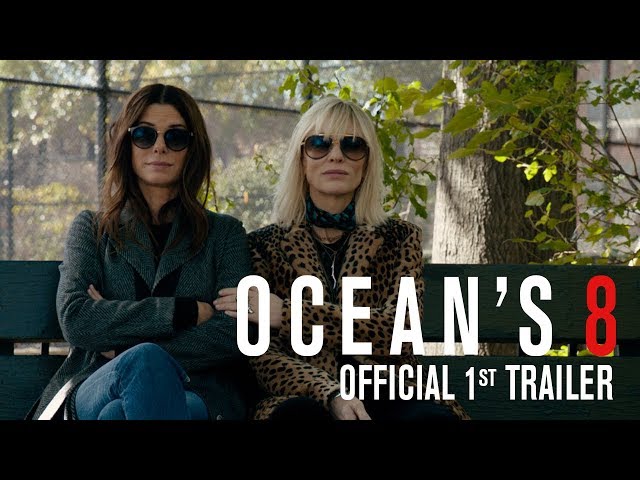 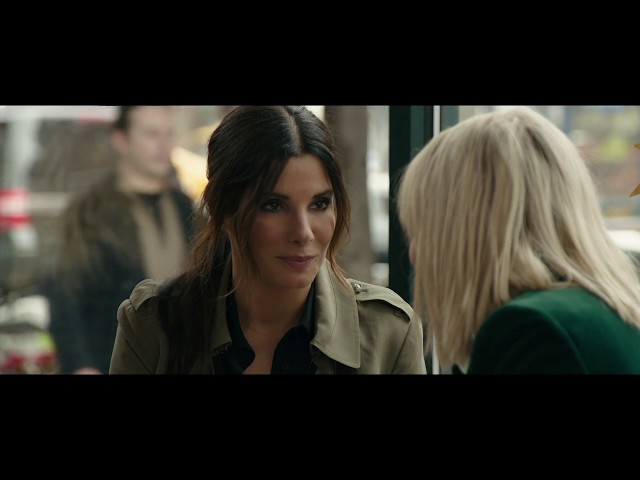 What is Ocean's 8 movie plot?

Here is a short review of "Ocean's 8" movie plot summary.

Newly paroled con artist Debbie Ocean (Sandra Bullock), the late Danny Ocean's younger sister, convinces former partner-in-crime Lou (Cate Blanchett) to join her in a new heist. They assemble their team: bankrupt fashion designer Rose Weil (Helena Bonham Carter), who is in debt to the IRS; jewelry maker Amita (Mindy Kaling), who is eager to move out of her mother's house; security hacker Nine Ball (Rihanna); street hustler and pickpocket Constance (Awkwafina); and profiteer Tammy (Sarah Paulson), who fences stolen goods out of her suburban home.
Debbie plans to steal the Toussaint, a $150 million Cartier necklace, during the upcoming Met Gala and use beautiful film star Daphne Kluger (Anne Hathaway) as an unwitting accomplice. The team manipulates Daphne into hiring Rose and convinces Cartier to loan Daphne the Toussaint. They digitally scan the necklace to manufacture a worthless cubic zirconia replica. Tammy secures a job at Vogue and gains access to the gala and also gets Lou hired as a nutritionist while Debbie leads Daphne to invite art dealer Claude Becker (Richard Armitage), whose betrayal sent Debbie to prison, as her date. Lou confronts Debbie for planning revenge against Becker, but Debbie reassures her that it will not jeopardize their plan.
When Rose learns the Toussaint can only be unclasped by a special magnet carried by Cartier's security detail, Nine Ball enlists her younger sister Veronica's help in creating a duplicate. At the gala, Lou spikes Daphne's soup, causing her to run to the women's room, where Nine Ball has created a blind spot for the museum's security cameras. As the male Cartier guards wait outside and Daphne vomits into a toilet, Constance deftly removes the necklace from Daphne's neck and sneaks it to Amita, who splits it into smaller pieces of jewelry. When Daphne reappears with the necklace missing, the museum is sealed and a search of the premises and guests commences. It ends, however, when Tammy "finds" the duplicate necklace. Constance slips the Toussaint pieces to the team to smuggle out, and Debbie plants a piece of it on Becker. After the heist, Daphne joins the ladies, revealing that she already knew about the robbery which she figured out by analyzing their actions. She asks for the eighth part in exchange for saving them from jail.

Who plays who in the Ocean's 8 movie cast?

Here is the full cast and characters of "Ocean's 8" movie. Actors and actresses are sorted mostly in credits order.

When is Ocean's 8 movie release date?

What are Ocean's 8 filming details?

"Ocean's 8" movie is rated "PG-13", according to the MPAA film rating system.

What are critics and audiences saying about Ocean's 8 movie?

"Ocean's 8" movie got high rating from critics. IMDB rating is 6.9/10. Rotten Tomatoes rating is 69/100. The audience also kinda likes the film. Audiences polled by CinemaScore gave the film an average grade of "B+" on a scale ranging from A+ to F.

More information and reviews on "Ocean's 8" movie you can get on the following websites.

Ocean's 8 on IMDB is available at:

Ocean's 8 on Wikipedia is available at: