Is there a trailer for Dear Evan Hansen movie? 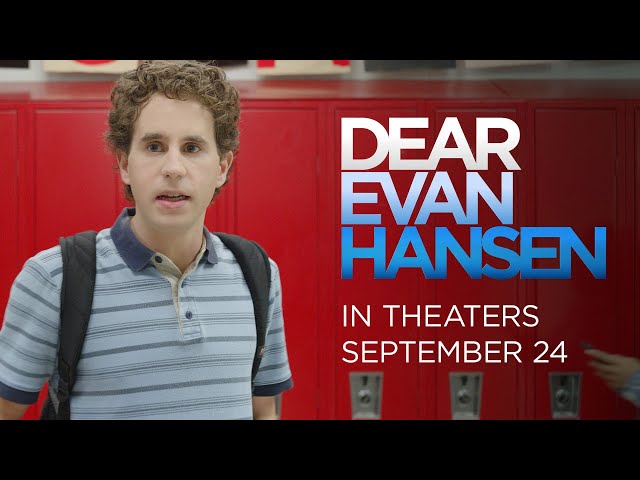 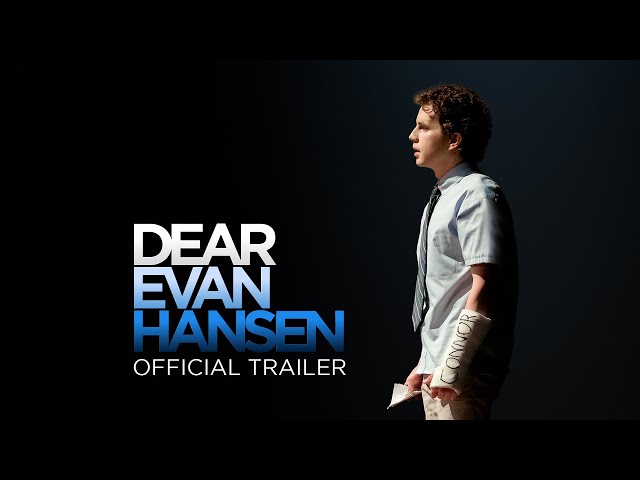 Evan Hansen (Ben Platt) is a teenager who suffers from social anxiety. His therapist recommends that he write letters to himself detailing what will be good about each day. His mother, Heidi, suggests that he ask people to sign the cast on his arm - caused by Evan falling out of a tree at Ellison State Park that summer - to make friends. At school, Evan writes a letter to himself, wondering whether anyone would notice if he weren't there (Waving Through a Window).
Connor Murphy (Colton Ryan), a classmate of Evan's who is also friendless, offers to sign his cast. He discovers Evan's letter and becomes furious at the mention of Zoe (Kaitlyn Dever), believing that Evan wrote the letter to provoke him; he storms out with the letter in hand. A few days later, Evan is called to the principal's office and is told by Connor's parents, Cynthia and Larry, that Connor has committed suicide, with Evan's letter found in his pocket. The two misinterpret the letter as a suicide note addressed to Evan, with Connor's name on his cast only strengthening their belief.
Evan is invited to the Murphys' house for dinner. Under pressure from Cynthia to share memories of Connor, he invents a friendship between the two, creating a fictional story about breaking his arm while with Connor at an orchard the Murphys visited (For Forever). Evan enlists his family friend, Jared (Nik Dodani), in creating fake backdated emails between him and Connor to corroborate his story (Sincerely, Me). Cynthia is ecstatic after reading Evan and Connor's "emails", while Zoe wonders why Connor included her name in his suicide note. (Requiem). Zoe invites Evan over to her house and Evan, unable to tell her the truth, tells her all the reasons Connor loved her under the guise of himself (If I Could Tell Her).

Who plays who in the Dear Evan Hansen movie cast?

Here is the full cast and characters of "Dear Evan Hansen" movie. Actors and actresses are sorted mostly in credits order.

The duration of the film is 137 minutes. The film's budget is $28 million.

What are critics and audiences saying about Dear Evan Hansen movie?

More information and reviews on "Dear Evan Hansen" movie you can get on the following websites.

Dear Evan Hansen on IMDB is available at:

Dear Evan Hansen on Wikipedia is available at: