Here are "Dean" movie trailer, plot summary, full cast and characters, release date and everything we know so far.

Is there a trailer for Dean movie? 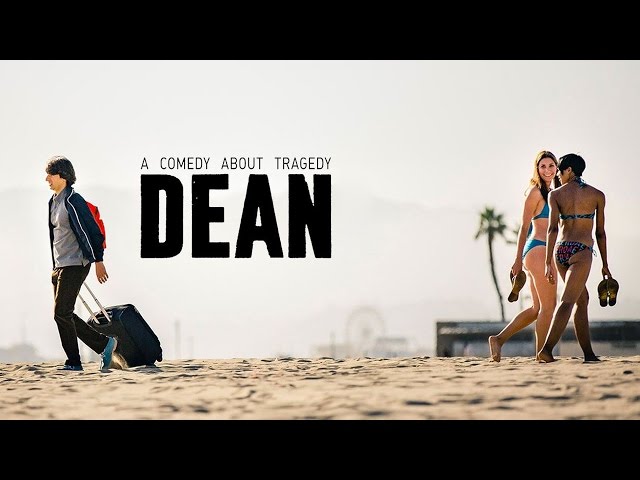 What is Dean movie plot?

Here is a short review of "Dean" movie plot summary.

Dean (Demetri Martin) lives in Brooklyn and has recently lost his mother. His father Robert (Kevin Kline) is an engineer who lives in the suburbs and is having difficulty adjusting to a life alone. Dean's ex-fiancée Michelle (Christine Woods) attempts to give back the engagement ring, as Dean has "un-proposed." Dean refuses, suggesting she put it on a charm bracelet.
Dean's best friend Brett (Reid Scott) is getting married. Dean is actually the "second best" man behind Kevin (Barry Rothbart). Brett and Dean were roommates, along with Eric (Rory Scovel) who has flown out from Los Angeles for the wedding. During the wedding ceremony, Dean sees Michelle's wedding date and gets distracted. When asked to produce the wedding ring, he fumbles with it and drops it. Later during the reception, a drunken Kevin finishes up the best man speech. Dean begins his best man speech, but gets rudely interrupted by Kevin, who gets up and starts swinging at Dean.
Waking up in bed with his face in donuts the next morning, Dean gets a call from Robert. Robert says it is time to sell the house. Dean cannot deal with that, so tells his father to wait because he has to fly to Los Angeles to meet with ad agency "creatives" who want to use his drawings. His father has been frustrated by Dean's lack of engagement, and has already brought in realtors Carol (Mary Steenburgen) and Patrick (Peter Scolari). Robert assumes that Patrick and Carol are husband and wife, but Carol says they are not. Robert sees that Carol has an online dating profile on her PC behind her realtor work. While he begins critiquing her profile, a relationship begins to form.

Who plays who in the Dean movie?

Here is the full cast and characters of "Dean" movie. Actors and actresses are sorted mostly in credits order.

When is Dean movie release date?

What are Dean filming details?

"Dean" movie is rated "PG-13", according to the MPAA film rating system.

What are critics and audiences saying about Dean movie?

More information and reviews on "Dean" movie you can get on the following websites.

Dean on IMDB is available at:

Dean on Wikipedia is available at: