Here are "Selah and the Spades" movie trailer, plot summary, full cast and characters, release date, streaming services and everything we know so far.

Is there a trailer for Selah and the Spades movie?

Amazon Prime Video on Friday, April 03, 2020 released the trailer for "Selah and the Spades" you can watch here:
Selah and The Spades - Official Trailer | Prime Video. 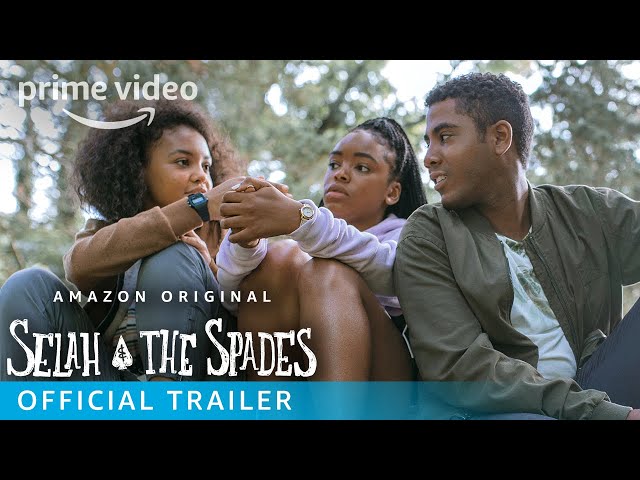 What is Selah and the Spades movie plot?

Here is a short review of "Selah and the Spades" movie plot summary.

Selah (Lovie Simone) is a senior at a Pennsylvania boarding school, where she leads a faction of students called the Spades who sell drugs to other students. The school has four other factions but unlike the others Selah has no one to replace her when she graduates.
Maxxie (Jharrel Jerome) is her right-hand man, and together they have developed a secret, efficient operation. A new girl, Paloma (Celeste O'Connor), transfers into the school, and when she photographs Selah during Spirit Squad practice, Selah immediately sees her talent. Selah asks Paloma to take incriminating photos of her rival Bobby (Ana Mulvoy Ten) cheating on her boyfriend, thrusting Paloma into the school's drama. Selah tells Maxxie that Paloma reminds her of herself, and decides to begin grooming her to take over. Paloma is a fast learner and quickly proves herself in the Spades.
Rumors circulate that there is a rat among the Spades, and after some investigating, Selah discovers that Maxxie had been careless with the ledger used to record their sales, which had caused incorrect orders and affected their reputation. Selah confronts him and ultimately fires him.
The Headmaster (Jesse Williams) announces that due to misconduct of a few of the students, prom has been cancelled. At an emergency meeting of the factions, Selah and Bobby are at each other's throats casting blame for the prom-cancellation, but Paloma instead suggests that they throw their own prom outside of the school grounds. Each faction agrees to help with a different aspect to make sure the dance is a success. In private, Bobby asks Paloma if she knows about Teela, the girl who was in her position before, and warns her that Selah had drugged her, causing a car crash and ultimately her expulsion. When Paloma asks Selah about Teela, Selah refuses to give a straight answer. After that conversation, Selah digs out a vial of drugs and stashes one of them in her pocket.

Who plays who in the Selah and the Spades movie cast?

Here is the full cast and characters of "Selah and the Spades" movie. Actors and actresses are sorted mostly in credits order.

When is Selah and the Spades movie release date?

"Selah and the Spades" movie release date was scheduled to be on January 27, 2019 (Sundance) and on April 17, 2020 (United States) distributing by Amazon Studios and Amazon Prime Video.

What are Selah and the Spades filming details?

"Selah and the Spades" movie is rated "R", according to the MPAA film rating system.

What are critics and audiences saying about Selah and the Spades movie?

More information and reviews on "Selah and the Spades" movie you can get on the following websites.

Selah and the Spades on IMDB is available at:

Selah and the Spades on Wikipedia is available at: