Here are "The Assistant" movie trailer, plot summary, full cast and characters, release date, streaming services and everything we know so far.

Is there a trailer for The Assistant movie?

Vertigo Releasing on Tuesday, February 25, 2020 released the trailer for "The Assistant" you can watch here:
The Assistant Trailer - On Digital 1st May. 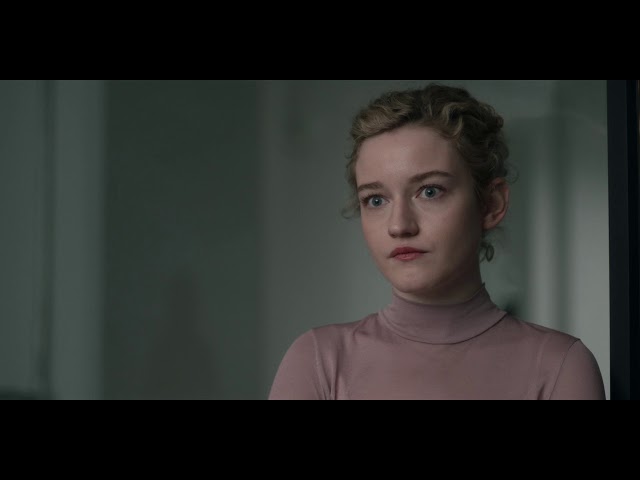 What is The Assistant movie plot?

Here is a short review of "The Assistant" movie plot summary.

The film takes place over the course of a single day in the life of Jane (Julia Garner), a junior assistant who has been working at a film production company in New York City for five weeks. Jane arrives well before dawn and performs various menial administrative tasks. Her job's long hours and demanding tasks keep her busy and incredibly stressed. During a phone call with her mother, Jane learns that she forgot to call her father on his birthday.
As Jane's day progresses, it becomes clear that her boss has been having sex in his office with many younger women and facilitating a culture of sexual harassment at the company. Many of the male executives make snide comments about the boss's affairs while the female executives handle their own workloads and discuss the possibility of transferring to other departments. Whenever Jane does something her boss deems a mistake, he verbally abuses her over the phone as her two male junior assistant coworkers watch silently. Throughout the day, a variety of people from the boss's life interact with Jane, including his wife, his children's nanny, a famous actor, and a group of Chinese film producers.
In the afternoon, a young, inexperienced woman named Sienna (Kristine Froseth) arrives from Idaho, saying she has been offered a job as a junior assistant. Jane, concerned for Sienna's well-being, goes to the human resources department to file a report after dropping Sienna off at a five-star hotel being paid for by the company. Wilcock (Matthew Macfadyen), the head of HR, encourages Jane to share her concerns, but later makes it clear that he is turning a blind eye to her harassment claims, before demeaning her, speaking down to her, and stating she is jealous. He also discloses that filing a formal complaint would destroy Jane's career. As Jane leaves his office, he reminds her that she has nothing to worry about, as Jane is not the boss's "type". Visibly upset, Jane receives a call from her boss when she returns to her desk. He has been informed about the unfiled report and demands Jane write an email apology addressed to him, which she does. He replies saying that he is especially hard on Jane because he knows how great she is.

Who plays who in the The Assistant movie cast?

Here is the full cast and characters of "The Assistant" movie. Actors and actresses are sorted mostly in credits order.

When is The Assistant movie release date?

What are The Assistant filming details?

"The Assistant" movie is rated "R", according to the MPAA film rating system.

What are critics and audiences saying about The Assistant movie?

More information and reviews on "The Assistant" movie you can get on the following websites.

The Assistant on IMDB is available at:

The Assistant on Wikipedia is available at: