Is there a trailer for Malcolm & Marie movie? 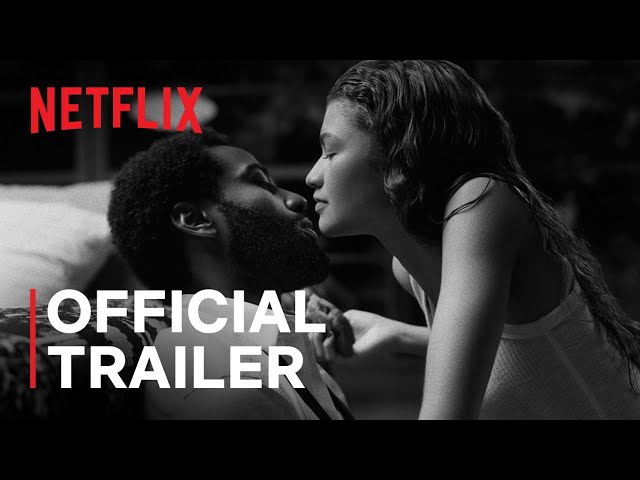 What is Malcolm & Marie movie plot?

Writer-director Malcolm Elliott (John David Washington) returns home from his film premiere with his girlfriend Marie Jones (Zendaya). Malcolm eagerly anticipates the critical reviews following the emotional audience response from the screening. When he notices Marie looking displeased, he urges her to tell him what is bothering her. Initially reluctant to start a fight in the middle of the night, she tells him that she is upset that she was not thanked or acknowledged in his speech at the premiere.
Marie believes that she is the basis of his film, a drama about a struggling black female drug addict named Imani, as she herself was a drug addict when they met. Malcolm dismisses her accusations, claiming that the Imani is not based on her and is an amalgamation of different people. Marie insists that he would not have authentically portrayed Imani's struggles with drug abuse and addiction if they were not together. Malcolm believes that Marie is overreacting, claiming that, because she quit acting years ago, she is jealous of the actress who played Imani and that she is projecting her personal problems on him and his film. Marie affirms her position on his lack of acknowledgment and calls his talents "mediocre". While Marie is taking a bath, Malcolm describes to her the different women he had relationships with, who inspired the character of Imani, stating that only Imani's feelings of hopelessness were based on Marie.
Later, Malcolm finds and reads the first critic review posted about his film. Despite the review being positive, he rants about the white female critic's political interpretation of his film as he did not intend it to be political. He laments that film critics are focusing too much on his black male identity and projecting politics into their interpretations, rather than judging him for his own merits. Marie playfully belittles his angry reaction to the positive review and his inability to take criticism, before the two appear to be bonding again following their arguments.

Who plays who in the Malcolm & Marie movie cast?

Here is the full cast and characters of "Malcolm & Marie" movie. Actors and actresses are sorted mostly in credits order.

"Malcolm & Marie" movie release date was scheduled to be on February 5, 2021 (United States) distributing by Netflix.

What are Malcolm & Marie filming details?

"Malcolm & Marie" movie is rated "R", according to the MPAA film rating system.

What are critics and audiences saying about Malcolm & Marie movie?

More information and reviews on "Malcolm & Marie" movie you can get on the following websites.

You can watch Malcolm & Marie online streaming on Netflix:

Malcolm & Marie on IMDB is available at:

Malcolm & Marie on Wikipedia is available at: