Is there a trailer for Never Grow Old movie? 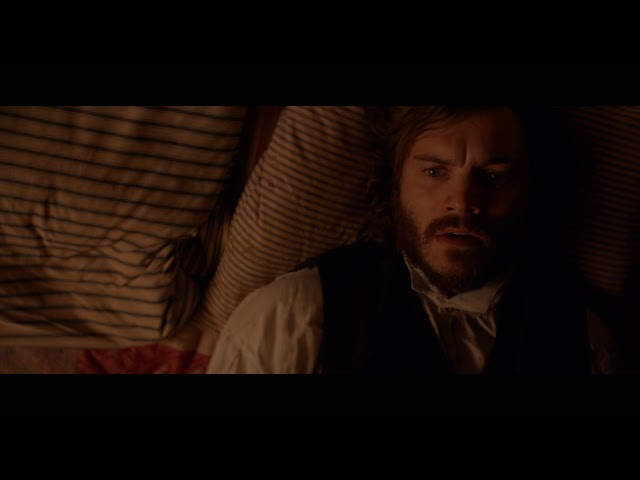 A man (Emile Hirsch) enters a church a with a gun. A shot is heard after some Bible verse is read.
The man is the town's undertaker and attends a funeral service. He then attends a church service where the preacher claims that the congregation regrets banning alcohol, gambling and prostitution in order to make it a "Christian" town. After church the man talks with his friend Ed (Paul Reid) who offers to babysit his kids if he ever needs.
The man and his family enter a store where his son asks if he wants a gun, to which he replies he has a rifle. Meanwhile, a strange man enters and grunts aggressively at the storekeeper and stares at the man's wife. Back at home, the man and his wife discuss how they never made it to California (their goal) and the man wishes to move on now that the "Christian" town has quieted down. His wife refuses to leave.
In the middle of the night, three men approach and ask for a man named Bill Crabtree (Paul Ronan). Though he gives the men directions, they demand that he go with them. He takes the men to Bill's wife's house because Bill left town. The man reveals that he is a bounty hunter looking for Bill. Afterward, he asks to be taken to the saloon where he learns that the preacher demanded the innkeeper stop serving alcohol or he would burn the saloon down. Over a drink, the men introduce themselves as Dutch Albert (John Cusack), Dumb Dumb (whose tongue is cut out) and Sicily (Camille Pistone), an Italian man who does not speak English. The man introduces himself as Patrick Tate (Emile Hirsch), an Irish immigrant. Dutch claims that he understands how it feels to be an outsider like Patrick, an Irish Catholic. Since the innkeeper does not have any food, the men return to Patrick's house where his wife, Audrey, makes a meal for them. Dumb Dumb (the man from the store) leers at her.

Who plays who in the Never Grow Old movie?

Here is the full cast and characters of "Never Grow Old" movie. Actors and actresses are sorted mostly in credits order.

What are critics and audiences saying about Never Grow Old movie?

More information and reviews on "Never Grow Old" movie you can get on the following websites.

Never Grow Old on IMDB is available at:

Never Grow Old on Wikipedia is available at: