Is there a trailer for Motherless Brooklyn movie? 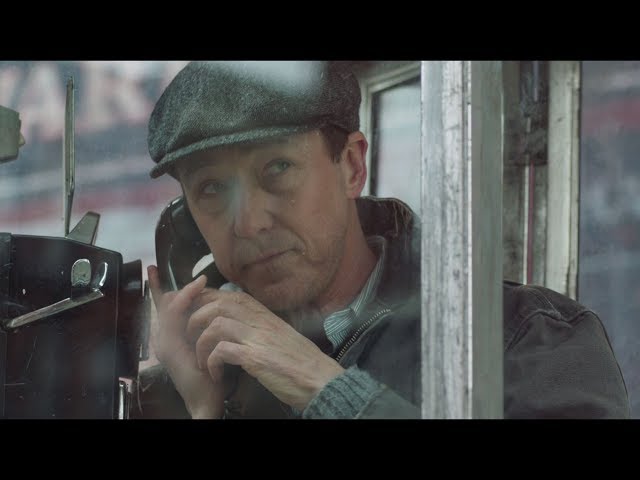 What is Motherless Brooklyn movie plot?

In 1950s New York City, Lionel Essrog (Edward Norton) works at a detective agency alongside Gilbert Coney (Ethan Suplee), Danny Fantl (Dallas Roberts), and Tony Vermonte (Bobby Cannavale). Their boss, Frank Minna (Bruce Willis), rescued them as children from an abusive orphanage. Nicknamed "Motherless Brooklyn" by Frank, Lionel has Tourette syndrome and OCD, often alienating him from people, but his strong verbal and photographic memory make him a good detective.
Working a secret case, Frank asks Lionel and Gilbert to shadow him to a meeting. Lionel listens over the phone as Frank presents documents that threaten a business deal for a man named William Lieberman (Josh Pais), who's there with his assistant Lou (Fisher Stevens) and an extremely large henchman. When Frank tries to negotiate a high price, the men force him to take them to the originals. Lionel and Gilbert follow in their car, arriving just as Frank is shot. They take him to the hospital, but Frank dies.
Frank's widow Julia leaves Tony in charge of the office. Lionel begins wearing Frank's hat and coat, and a matchbook in Frank's pocket leads Lionel to an African-American owned jazz bar in Harlem. He realizes that Frank's findings involve Laura Rose (Gugu Mbatha-Raw), who works for Gabby Horowitz (Cherry Jones) fighting urban renewal; poor and minority neighborhoods are being bought out and demolished, forcing out their residents. Lionel goes to a public meeting where Moses Randolph (Alec Baldwin), a commissioner of several development authorities, is loudly contested by Horowitz and the audience. Stealing a reporter's credentials, Lionel talks to a man named Paul who was raging against Moses at the meeting and tells him Moses is the real power in the city government, even beyond the mayor.

Who plays who in the Motherless Brooklyn movie cast?

Here is the full cast and characters of "Motherless Brooklyn" movie. Actors and actresses are sorted mostly in credits order.

What are Motherless Brooklyn filming details?

"Motherless Brooklyn" movie is rated "R", according to the MPAA film rating system.

What are critics and audiences saying about Motherless Brooklyn movie?

More information and reviews on "Motherless Brooklyn" movie you can get on the following websites.

Motherless Brooklyn on IMDB is available at:

Motherless Brooklyn on Wikipedia is available at: