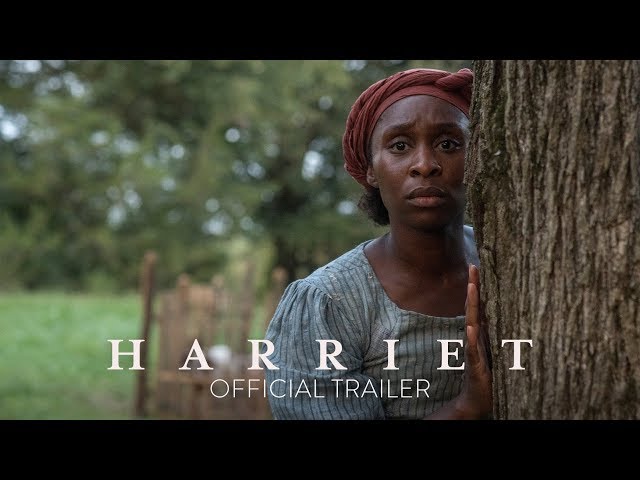 The film opens in 1840s Maryland, a slave state, Araminta "Minty" Ross is newly married to a freedman, John Tubman (Zackary Momoh). Minty is still a slave herself on the Brodess farm, along with her mother and sister, while two other sisters had been sold to another slave owner in the South. Reverend Green finishes his sermon advising obedience to follow the Lord's will.
Her father, also a freedman, approaches Mr. Brodess with evidence that Brodess' ancestor had agreed to free Minty's mother, Harriet "Rit" Ross (Cynthia Erivo), when she was 45, and that she and her children legally should have been free since Rit turned 45 twelve years before. Mr. Brodess insists they will always be slaves, and tears up the letter from the lawyer who had analyzed the will. In despair, Minty prays for God to take away Mr. Brodess, whom she describes as evil. Brodess's adult son Gideon (Joe Alwyn) finds Minty praying, and castigates her, saying God does not care about the prayers of slaves.
Mr. Brodess dies shortly afterward, and Gideon offers Minty for sale. Minty, who suffers "spells" since being struck in the head as a girl, has a vision of herself escaping to freedom. She decrees these scenes as visions from God and decides to run right before she's to be taken to auction.
John offers to run with Minty, but she leaves him behind, fearing that he would lose his own freedom if caught escaping with her. She meets with her father on the way out, who tells her to go to Rev. Green for help with her journey. She worries, since he always says to be obedient to their masters, but goes anyway due to her father's encouragement. When she meets with the Reverend he tells her what she must do to make it to freedom.

Who plays who in the Harriet movie cast?