Is there a trailer for Charlie's Angels movie? 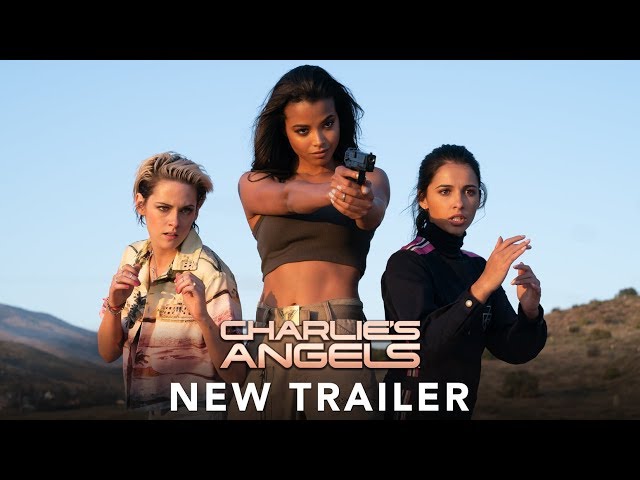 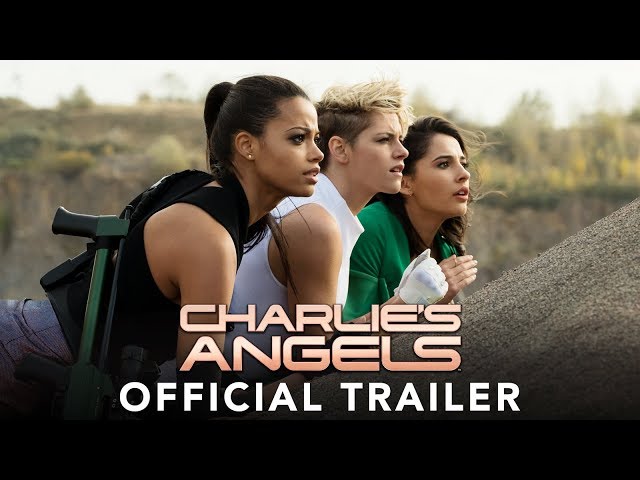 What is Charlie's Angels movie plot?

A team of Angels, composing of Sabina Wilson (Kristen Stewart) and Jane Kano (Ella Balinska), led by senior operative John Bosley (Djimon Hounsou), capture international embezzler Jonny Smith (Chris Pang) in Rio de Janeiro and turn him over to American authorities. A year later, the European division of the Townsend Agency is informed that Elena Houghlin (Naomi Scott), an engineer and programmer employed by entrepreneur Alexander Brok, wants to expose her superiors. She knows that Brok's head of development, Peter Fleming (Nat Faxon), is covering up a discovery about how an energy conservation device that she helped invent, Calisto, has the potential to trigger fatal seizures when used. She meets with operative Edgar "Bosley" in Hamburg to turn over her findings, but an assassin named Hodak (Jonathan Tucker) ambushes the meeting and subsequently kills Edgar, leaving Elena to drown. Edgar's protégé, Jane, rescues her and brings her to operative Rebekah "Bosley" (Elizabeth Banks) with the help of Sabina. Meanwhile, John, who has since retired from the agency, discovers that Rebekah has tagged him with the agency's specialized subdermal implant without his knowledge.
Rebekah tasks Sabina and Jane, joined by Elena, with breaking into Brok's corporate headquarters to steal the remaining Calisto prototypes before they can be duplicated. Elena finds one but is forced to use it to escape, accidentally killing the chief of security, Ralph (David Schütter), in the process. After learning that Fleming took the other prototypes, Rebekah tracks him to Istanbul, where Jane utilizes one of her old intelligence contacts, Fatima, to locate him. They track him to a remote rock quarry, where the supposedly-imprisoned Smith is revealed to be Fleming's intermediary for selling Calisto. Hodak is also present and kills Fleming before the Angels break up the sale. Rebekah suddenly disappears, allowing Smith and Hodak to escape with the prototypes.

Who plays who in the Charlie's Angels movie cast?

Here is the full cast and characters of "Charlie's Angels" movie. Actors and actresses are sorted mostly in credits order.

What are Charlie's Angels filming details?

"Charlie's Angels" movie is rated "PG-13", according to the MPAA film rating system.

What are critics and audiences saying about Charlie's Angels movie?

"Charlie's Angels" movie got average rating from critics. IMDB rating is 4.8/10. Rotten Tomatoes rating is 52/100. Audiences polled by CinemaScore gave the film an average grade of "B+" on a scale ranging from A+ to F.

More information and reviews on "Charlie's Angels" movie you can get on the following websites.

Charlie's Angels on IMDB is available at:

Charlie's Angels on Wikipedia is available at: