Is there a trailer for Gretel & Hansel movie? 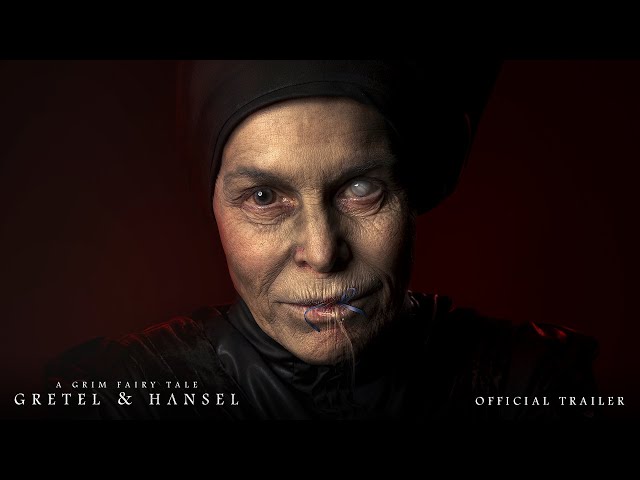 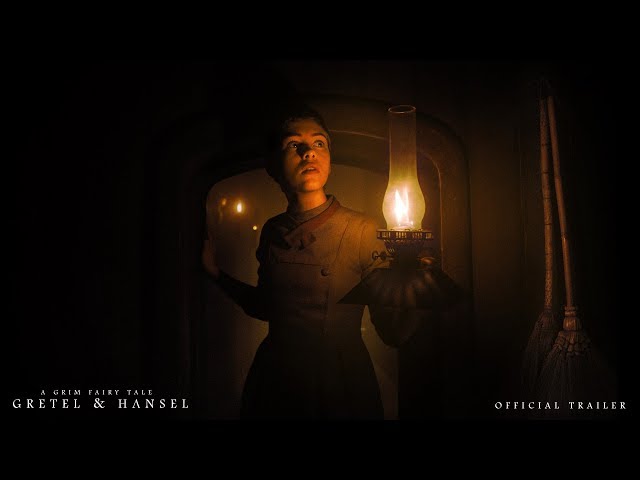 What is Gretel & Hansel movie plot?

A baby girl in a village falls ill and is not expected to survive. The father takes the child to see an enchantress, who removes the illness but leaves power within the girl. The villagers go to the girl, as she grows up, to hear her premonitions, but she uses her power to kill people, including her father. She is taken into the woods to be abandoned. There, she lures other children to their deaths. She becomes known as the Beautiful Child (Giulia Doherty).
The scene shifts to teenaged Gretel (Sophia Lillis) and her younger brother, Hansel (Samuel Leakey), after their father's death. They meet a man about a housekeeping job, but he reveals his true intentions by asking Gretel if she is still a virgin. The children leave without work. Their mother rebukes Gretel for not helping provide for them and threatens to kill Gretel if they do not leave the house. The siblings flee and find a hut to stay for the night, but a ghoulish man appears and attacks Hansel. A hunter (Charles Babalola) saves the siblings and takes them to his home.
The next morning, the siblings go out to forage and seek work. Hansel is drawn to a house by the smell of cake coming from it. Holda (Alice Krige) invites them inside for a meal and allows them to sleep there in exchange for work. Holda sends Hansel to the woods to practice his skills with an axe while keeping Gretel indoors. Hansel is happy but Gretel grows suspicious of Holda. She sees a vision of the Enchantress (Melody Carrillo) and hears children's voices. Holda shows Gretel how to tap into her powers as a witch. Hansel also sees a vision of the Enchantress and an inverted pentagram carved into a tree.

Who plays who in the Gretel & Hansel movie cast?

Here is the full cast and characters of "Gretel & Hansel" movie. Actors and actresses are sorted mostly in credits order.

What are Gretel & Hansel filming details?

The duration of the film is 87 minutes. With a budget of $5 million, the film grossed over $22.1 million.

"Gretel & Hansel" movie is rated "PG-13", according to the MPAA film rating system.

Principal photography began on 9 November 2018 in Dublin, Ireland, and wrapped up in December 2018.

What are critics and audiences saying about Gretel & Hansel movie?

"Gretel & Hansel" movie got average rating from critics. IMDB rating is 5.4/10. Rotten Tomatoes rating is 64/100. Audiences polled by CinemaScore gave the film an average grade of "C-" on a scale ranging from A+ to F.

More information and reviews on "Gretel & Hansel" movie you can get on the following websites.

Gretel & Hansel on IMDB is available at:

Gretel & Hansel on Wikipedia is available at: