Is there a trailer for Falling Inn Love movie? 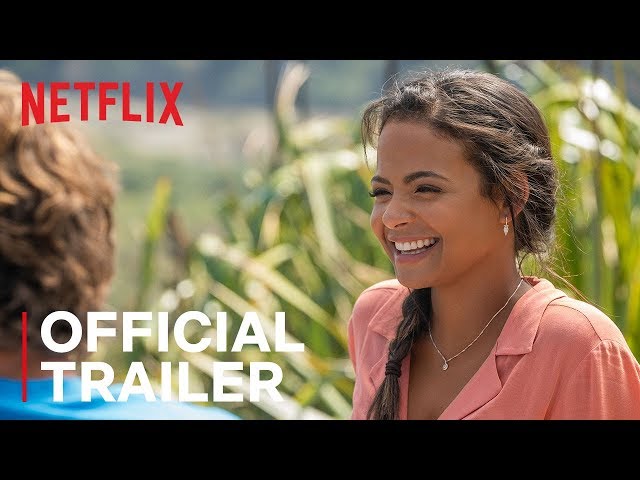 Gabriela Diaz's San Francisco design firm folds the week of her break-up with her non-committed boyfriend Dean (Jeffrey Bowyer-Chapman). She enters a contest to "Win an Inn" in the New Zealand countryside and actually wins it. Thousands of airline miles later, she discovers The Bellbird Valley Farm boasts a crumbling facade, a floorboard-treading goat, a meddling neighbor who covets the space, and a 1960s Landrover.
Gabriela is visited by Charlotte (Anna Jullienne), the owner of the town's only B&B, who reveals that the previous owner's great-grandson entered the house in the "Win an Inn" contest to get rid of it.
Gabriela decides to do an eco-renovation to restore the Inn, and the plot revolves around tension, friendship and courtship with the nearby town's only restoration expert, Jake Taylor (Adam Demos), a bereaved Kiwi contractor and chief volunteer firefighter.
With Gabriela and Jake completing the project as a 50-50 partnership, the story takes an interesting turn as once the final fixtures are hung, she's hesitant to leave him, the inn, and the inviting community that nurtured her creative side.
Dean shows up unexpectedly from the US after Charlotte invites him via text using Gabriela's phone. An attractive financial offer to buy the Inn is organized by Dean with a Melbourne investment company. This shocks Charlotte who planned to buy the Bellbird Valley Farm herself, thinking that Dean's sudden appearance would push Gabriela to sell the farm and return to her city life. However, after a fire at Charlotte's B&B and Jake's near-death experience, Gabriela decides to forsake her San Francisco life and remain in the community, running the Inn with Jake. The movie ends with a drone-shot sequence over the restored property.

Who plays who in the Falling Inn Love movie cast?

Here is the full cast and characters of "Falling Inn Love" movie. Actors and actresses are sorted mostly in credits order.

What are critics and audiences saying about Falling Inn Love movie?

More information and reviews on "Falling Inn Love" movie you can get on the following websites.

Falling Inn Love on IMDB is available at:

Falling Inn Love on Wikipedia is available at: