Here are "Ladies in Black" movie trailer, plot summary, full cast and characters, release date and everything we know so far.

Is there a trailer for Ladies in Black movie?

Sony Pictures Entertainment on Tuesday, April 30, 2019 released the trailer for "Ladies in Black" you can watch here:
Ladies in Black - Trailer. 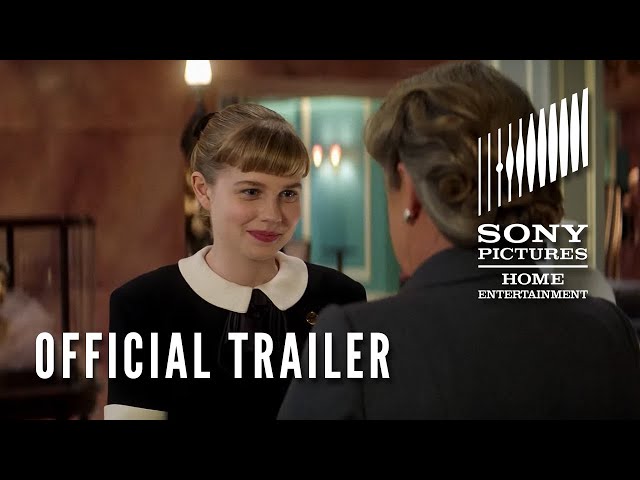 What is Ladies in Black movie plot?

Here is a short review of "Ladies in Black" movie plot summary.

Lisa (Angourie Rice) is hired as a new assistant at Goode's department store in Sydney during the 1959 Christmas season. She makes friends with Fay (Rachael Taylor), who is initially wary of immigrants, Patty (Alison McGirr), who seeks more attention from her husband, and Magda (Julia Ormond), an immigrant from Slovenia who introduces her to her other European friends. Patty buys a pink nightdress that gets her the attention from her husband that she seeks, but he believes that he has upset her with his attention and disappears for the season. Magda invites Lisa and Fay to a New Year's Eve party at Magda's house and introduces Fay to Rudi (Ryan Corr), a Hungarian immigrant who is looking for a wife. Lisa is introduced to Michael (Jesse Hyde), the son of Hungarian immigrants to Australia. A dress Lisa wants to buy is marked down from 150 guineas to 75 guineas during the next summer sale, then later to 50 guineas.
Patty's husband returns and they reconcile when she explains that she wants his attention, and Patty soon becomes pregnant. Lisa gets honours on her school leaving exam and applies for a scholarship at Sydney University after getting the approval of her father. Rudi buys a new apartment and proposes to Fay in it. Lisa is upset that the dress she likes is no longer on display, but Magda has only hidden it away now that it has been reduced to 35 guineas, which Lisa can now afford. She buys the dress and wears it to a party celebrating her test scores. Magda says that she has picked out a location for a store where she will sell high-end fashion. Magda asks Lisa what she will do after finishing her studies at Sydney University and Lisa says that she wants to be an actress, or a poet, or a novelist, or maybe all three.

Who plays who in the Ladies in Black movie?

Here is the full cast and characters of "Ladies in Black" movie. Actors and actresses are sorted mostly in credits order.

When is Ladies in Black movie release date?

"Ladies in Black" movie release date was scheduled to be on September 20, 2018 distributing by Sony Pictures Worldwide Acquisitions (SPWA) and Stage 6 Films.

What are Ladies in Black filming details?

"Ladies in Black" movie is rated "PG", according to the MPAA film rating system.

What are critics and audiences saying about Ladies in Black movie?

"Ladies in Black" movie got high rating from critics. IMDB rating is 6.7/10. Rotten Tomatoes rating is 88/100. The audience also likes the film.

More information and reviews on "Ladies in Black" movie you can get on the following websites.

Ladies in Black on IMDB is available at:

Ladies in Black on Wikipedia is available at: