"After the Wedding" is a 2019 American drama film directed by Bart Freundlich.
The starring cast includes Julianne Moore as Theresa Young, Michelle Williams as Isabel Andersen, Billy Crudup as Oscar Carlson, Abby Quinn as Grace Carlson, Alex Esola as Jonathan, Vir Pachisia as Jai, Anjula Bedi as Preena, Susan Blackwell as Gwen, Will Chase as Frank, Eisa Davis as Tanya and others.

Here are "After the Wedding" movie trailer, plot summary, full cast and characters, release date, streaming services and everything we know so far.

Is there a trailer for After the Wedding movie?

Sony Pictures Classics on Thursday, June 06, 2019 released the trailer for "After the Wedding" you can watch here:
After The Wedding | Official Trailer HD (2019). 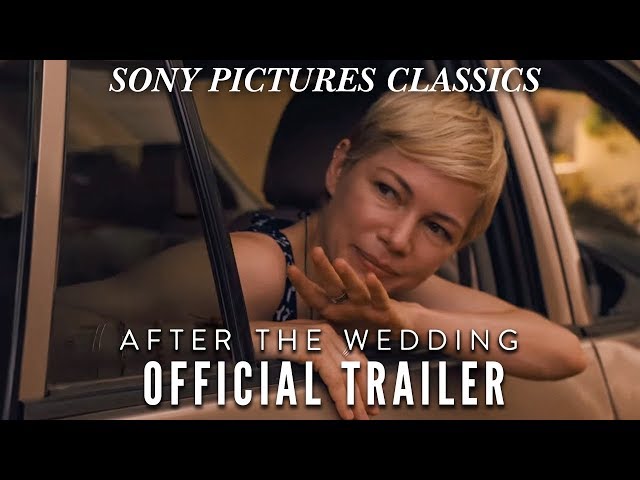 What is After the Wedding movie plot?

Here is a short review of "After the Wedding" movie plot summary.

Isabel Andersen (Michelle Williams), co-founder of an orphanage in India, must travel to New York to meet a potential benefactor, millionaire CEO Theresa Young (Julianne Moore). Isabel is unwilling to travel due to her responsibilities at the orphanage and because she does not want to leave Jai (Vir Pachisia), a boy whom she found on the street when he was at age 1. He is the closest child in the orphanage to Isabel, and doesn't want Isabel to leave, but Theresa insists on an in-person meeting. Reluctantly, Isabel agrees and goes to the meeting, which takes place the day before the wedding of Theresa's daughter Grace (Abby Quinn). Theresa invites Isabel to the wedding as a courtesy and Isabel feels obliged to attend.
At the wedding, Isabel is surprised to see Theresa's husband is her teenage sweetheart Oscar Carlson (Billy Crudup), now a renowned visual artist. During Grace's wedding toast, she discovers that Grace is not Theresa's biological daughter, but is Oscar's. Isabel soon realizes that Grace is in fact her own daughter by Oscar, whom they had given up for adoption as teenagers. Isabel returns to the house the day after the wedding to confront Oscar and learns that after giving the baby up for adoption, he changed his mind within the 30-day grace period and reclaimed the infant Grace without informing her. Isabel then forces Oscar and Theresa to also inform Grace, who had always been told her biological mother had died.
Theresa encourages Isabel to get to know Grace and reconnect with Oscar, and eventually decides to dramatically increase her donation to the orphanage, thereby forcing Isabel to extend her stay in New York. Eventually, Theresa makes her donation, as well as a newly established fund in Isabel and Grace's name, contingent on Isabel moving to New York permanently.

Who plays who in the After the Wedding movie cast?

Here is the full cast and characters of "After the Wedding" movie. Actors and actresses are sorted mostly in credits order.

When is After the Wedding movie release date?

What are After the Wedding filming details?

The duration of the film is 110 minutes. The film grossed over $2.9 million.

"After the Wedding" movie is rated "PG-13", according to the MPAA film rating system.

What are critics and audiences saying about After the Wedding movie?

"After the Wedding" movie got average rating from critics. IMDB rating is 6.3/10. Rotten Tomatoes rating is 45/100.

More information and reviews on "After the Wedding" movie you can get on the following websites.

After the Wedding on IMDB is available at:

After the Wedding on Wikipedia is available at: