Is there a trailer for Zombieland: Double Tap movie? 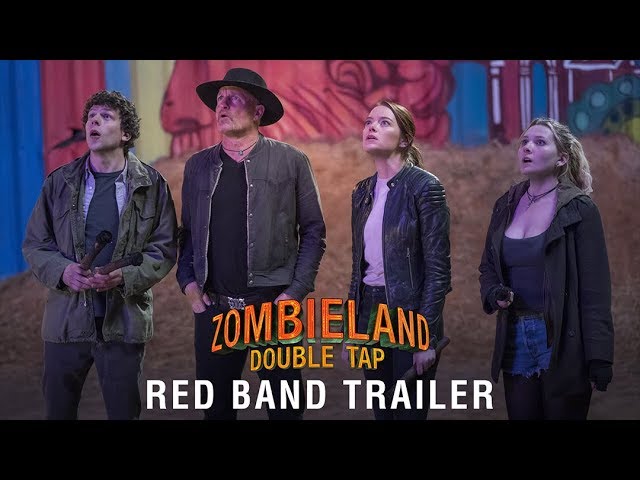 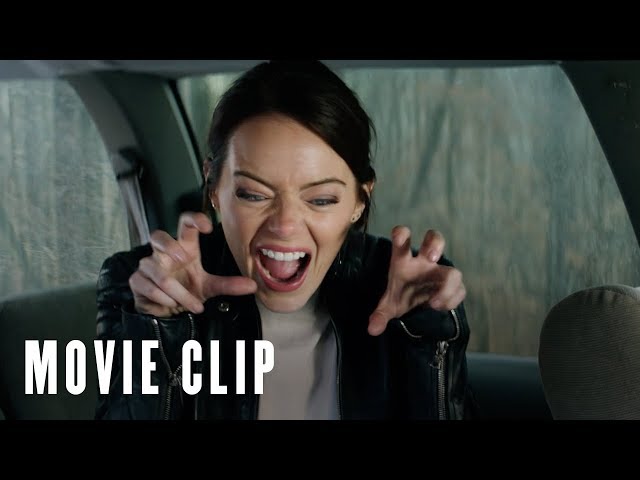 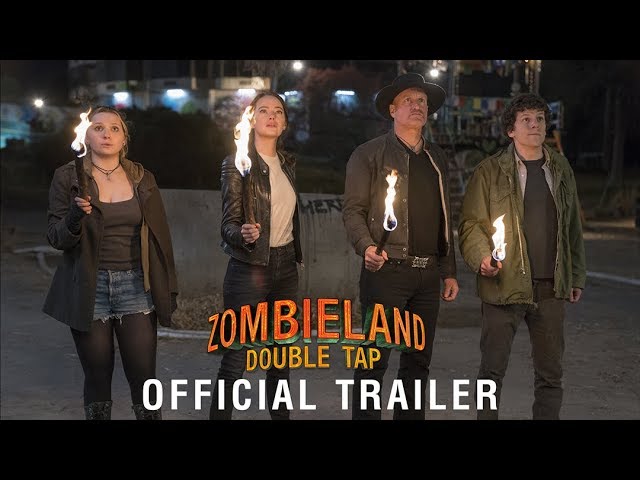 Ten years after the events of the first film, survivors Tallahassee (Woody Harrelson), Columbus (Jesse Eisenberg), Wichita (Emma Stone), and Little Rock (Abigail Breslin) have become experts in identifying and disposing of various zombies and set up their new home in the abandoned White House. Columbus decides to propose to Wichita using the Hope Diamond, while Tallahassee rebuffs Little Rock's hopes of starting her own family. The next morning, Tallahassee finds a note from Wichita and Little Rock, who have left due to Little Rock feeling Tallahassee still treats her like a child and Wichita's fear she is too attached to Columbus.
A month later, while exploring a mall, Columbus is startled by a ditzy blonde named Madison (Zoey Deutch), who has survived Zombieland alone by hiding the majority of the time inside the freezer of a Pinkberry store. Madison quickly annoys Tallahassee, but Columbus invites her back to the White House, where the two have sex. Returning and discovering Columbus has slept with Madison, Wichita explains that Little Rock has left for Graceland with a pacifist from Berkeley (Avan Jogia), and informs the group of more agile and durable "super zombies". Fearing for Little Rock's safety, the group heads toward Graceland in a rundown minivan.
On the way they encounter one of the super-zombies that takes multiple gunshots to kill, leading Columbus to nickname it the "T-800" after the Terminator franchise. Madison shows signs of "zombification," forcing Columbus to lead her into the forest to shoot her. The group arrives at Graceland but finds it in ruins, which greatly upsets Tallahassee who is a great admirer of the King. However, they discover "the Beast," Tallahassee's modified presidential limousine which was stolen by Little Rock, at a nearby Elvis-themed motel. The place is run by Nevada (Rosario Dawson), who reveals Little Rock took another vehicle toward Babylon, a hippie commune. Bonding over their love of Elvis, Nevada and Tallahassee spend the night together.

Who plays who in the Zombieland: Double Tap movie?

Here is the full cast and characters of "Zombieland: Double Tap" movie. Actors and actresses are sorted mostly in credits order.

What are critics and audiences saying about Zombieland: Double Tap movie?

"Zombieland: Double Tap" movie got high rating from critics. IMDB rating is 6.7/10. Rotten Tomatoes rating is 69/100. Audiences polled by CinemaScore gave the film an average grade of "B+" on a scale ranging from A+ to F.

More information and reviews on "Zombieland: Double Tap" movie you can get on the following websites.

Zombieland: Double Tap on IMDB is available at:

Zombieland: Double Tap on Wikipedia is available at: