Here are "Midnight Sun" movie trailer, plot summary, full cast and characters, release date and everything we know so far.

Is there a trailer for Midnight Sun movie? 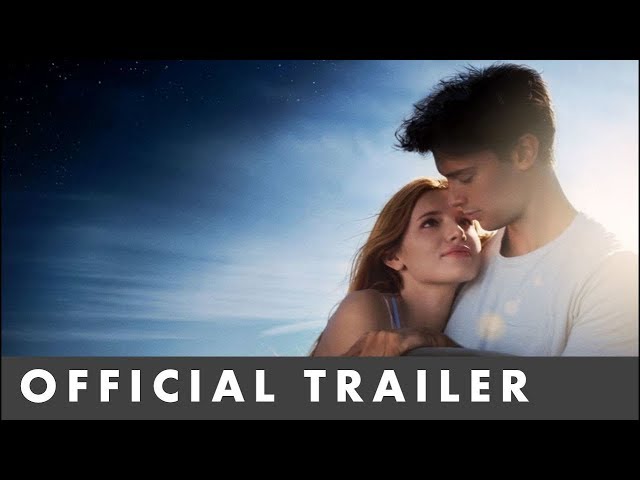 What is Midnight Sun movie plot?

Sheltered since early childhood, Katie Price (Bella Thorne) lives with a life-threatening sensitivity to sunlight caused by the rare genetic condition, Xeroderma Pigmentosum (XP). She is housebound during daylight hours and is cared for by her father (Jack) and her best friend (Morgan). Katie comes out of the house every night, once the sun has set. One night, her longtime crush, Charlie (Patrick Schwarzenegger), notices her while playing guitar at the train station. Katie leaves suddenly and forgets her notebook, which Charlie keeps. He returns the next day and gives it to Katie when she shows up to retrieve it. He explains to her how he got his injury that prevented him from getting a scholarship to the University of California, Berkeley before kissing her.
However, Katie has yet to tell Charlie of her condition, despite her father warning her to do so. Charlie takes Katie out for a night to Seattle, where they go to a live show, and Charlie makes Katie play one of her songs on one of the city's streets. Once home, they go swimming out in the lake, and dry off with a fire on the beach. Charlie mentions watching the sunrise, and Katie runs home in fear. Charlie picks her up and quickly drives her there, but she does not make it in time, and is exposed to the sunlight for just a couple of seconds. Katie runs inside, while Morgan (Quinn Shephard) and Jack (Rob Riggle) come home soon after. Charlie is still standing confused at the front door, and Morgan explains Katie's condition to him. Once the doctors run some tests, they come to the conclusion that Katie's brain is contracting, and it's only a matter of time before she dies.

Who plays who in the Midnight Sun movie?

Here is the full cast and characters of "Midnight Sun" movie. Actors and actresses are sorted mostly in credits order.

What are Midnight Sun filming details?

"Midnight Sun" movie is rated "PG-13", according to the MPAA film rating system.

What are critics and audiences saying about Midnight Sun movie?

"Midnight Sun" movie got average rating from critics. IMDB rating is 6.6/10. Rotten Tomatoes rating is 21/100. Audiences polled by CinemaScore gave the film an average grade of "A-" on a scale ranging from A+ to F.

More information and reviews on "Midnight Sun" movie you can get on the following websites.

Midnight Sun on IMDB is available at:

Midnight Sun on Wikipedia is available at: