Here are "Trading Paint" movie trailer, plot summary, full cast and characters, release date and everything we know so far.

Is there a trailer for Trading Paint movie? 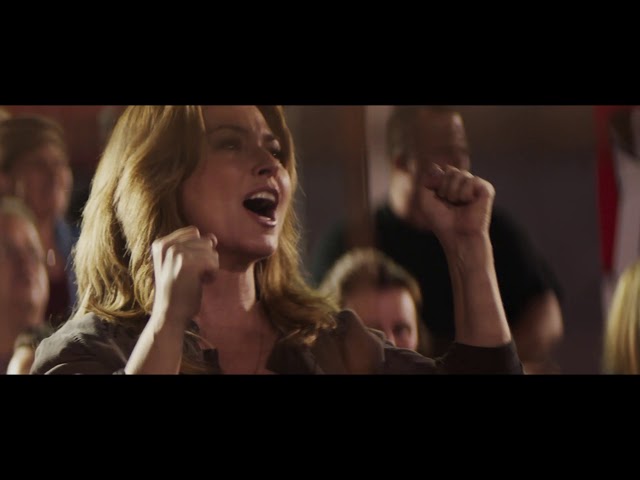 What is Trading Paint movie plot?

Sam (John Travolta) and Cam Munroe (Toby Sebastian) are a father and son duo competing at the Talladega Short Track dirt race track. Sam is a local racing legend who now supports his son's racing in between dating divorcee Becca (Shania Twain). Despite being a talented racer, Cam's car does not race well due to poor funding. Frustrated for losing the race due to engine issues, Sam's long-time rival, Linsky (Michael Madsen), offers Cam a chance to join his team with a new car. Cam decides to leave his father to join Linksy as a chance to prove his worth and win races. When Cam tells his father about his choice to join Linsky, Sam is enraged and warns that Linsky is a snake before firing his own son from the garage.
Feeling down from Cam's defection, Sam spends the night drinking his woes away. By the following day, Sam decides to bring himself out of retirement and restore his status as a champion racer. While everyone thinks Sam is crazy to race so late in life, he quickly proves his experience and driving skills are still top notch and wins several races. With Sam reclaiming his title as champion racer, Linsky feels threatened by Sam and wants Cam to crash into Sam's car. Unable to crash into his father, Linsky has another racer stage a crash at the next race. Dunn causes Cam to spin out and Sam crashes into Cam's car onto the side. Although Cam survives his crash, he suffers multiple fractures on his leg and he is out of race for several months.
In between these six months of recovery, Sam and Cam make peace with each other and Sam learns about Linsky wanting Cam to crash into him. With both cars severely damaged, they need a new car to get back into racing. Throughout this time, Sam has kept the 1970 Mustang that killed his wife. Because of sentimental value, he could never sell it. However, in order to buy a new dirt Late Model for Cam to drive, which costs about $80,000, Sam decides to sell his car to Linsky. Now devoting all his energy into building the new car, the Munroe family pools their efforts into getting the car ready and supports Cam's return to the circuit.

Who plays who in the Trading Paint movie?

Here is the full cast and characters of "Trading Paint" movie. Actors and actresses are sorted mostly in credits order.

What are Trading Paint filming details?

"Trading Paint" movie is rated "R", according to the MPAA film rating system.

What are critics and audiences saying about Trading Paint movie?

"Trading Paint" movie got average rating from critics. IMDB rating is 4.4/10. The audience dislikes the film either.

More information and reviews on "Trading Paint" movie you can get on the following websites.

Trading Paint on IMDB is available at:

Trading Paint on Wikipedia is available at: