Here are "A Dog's Journey" movie trailer, plot summary, full cast and characters, release date, streaming services and everything we know so far.

Is there a trailer for A Dog's Journey movie?

Universal Pictures on Tuesday, January 29, 2019 released the trailer for "A Dog's Journey" you can watch here:
A Dog's Journey - Official Trailer (HD). 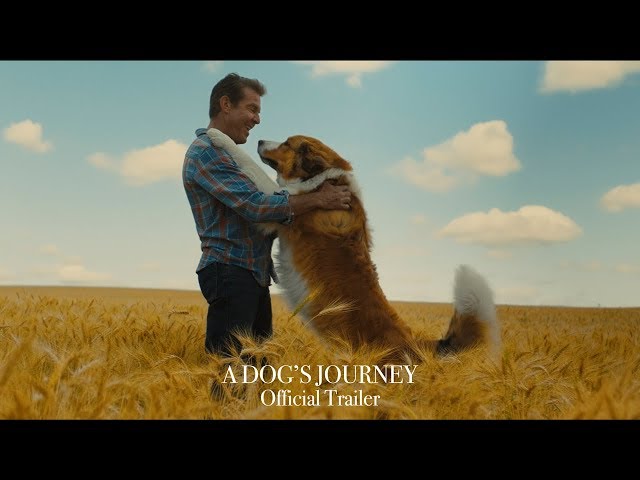 What is A Dog's Journey movie plot?

Here is a short review of "A Dog's Journey" movie plot summary.

Bailey, an old St. Bernard/Australian Shepherd, lives happily with his owner Ethan (Dennis Quaid), the latter's wife Hannah (Marg Helgenberger), their 2-year-old granddaughter CJ (Kathryn PreScott) and her mother Gloria (Betty Gilpin). He is very fond of CJ. Gloria is inattentive, hates dogs, has a strained relationship with her late husband Henry's parents and an ambition to be a singer. Gloria's suspicious nature leads her to move out with CJ.
Ethan discovers a tumor in Bailey's stomach, later he holds Bailey lovingly, asking him to take care of CJ before he is euthanized. Bailey is then shown running through a grassy field towards CJ.
Nine years later, Bailey, reincarnated as a beagle named Molly, sees a now 11-year-old CJ with her best friend Trent (Henry Lau) and his parents, who are adopting the former's favorite brother Rocky. Remembering the promise she made to Ethan in her previous life, Molly runs outside to CJ. Living in the suburbs with Gloria, she takes Molly home, hiding her. Gloria eventually discovers this and scolds CJ for getting a dog, but reluctantly allows her to keep Molly after CJ persuades her, as she feels neglected and lonely.
CJ and Molly grow increasingly close over the years, along with Trent and Rocky. Now a teenager, CJ tells Trent she wants to drop out of high school and move to New York City with her deceased father Henry's insurance settlement to become a musician.
CJ begins to date Shane (Jake Manley), who Molly distrusts and tries to protect her from. Attending a party which gets busted by police for underage drinking, CJ is sentenced to community service where Molly learns how to detect cancer. Her grandparents try to pay her and Gloria a visit, bringing a box of Henry's belongings, but still angry and distrustful, Gloria closes the door on them. But Molly and Ethan recognize each other and he reminds her of the promise to protect CJ.

Who plays who in the A Dog's Journey movie cast?

Here is the full cast and characters of "A Dog's Journey" movie. Actors and actresses are sorted mostly in credits order.

When is A Dog's Journey movie release date?

What are A Dog's Journey filming details?

"A Dog's Journey" movie is rated "PG", according to the MPAA film rating system.

What are critics and audiences saying about A Dog's Journey movie?

"A Dog's Journey" movie got high rating from critics. IMDB rating is 7.5/10. Rotten Tomatoes rating is 50/100. Audiences polled by CinemaScore gave the film an average grade of "A" on a scale ranging from A+ to F.

More information and reviews on "A Dog's Journey" movie you can get on the following websites.

A Dog's Journey on IMDB is available at:

A Dog's Journey on Wikipedia is available at: