Is there a trailer for Superman: Red Son movie? 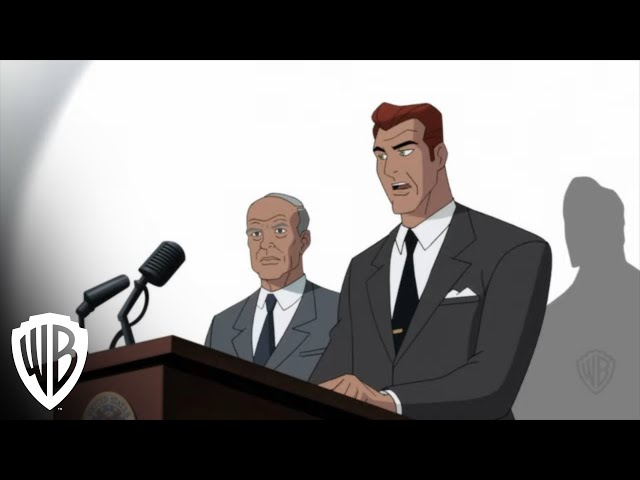 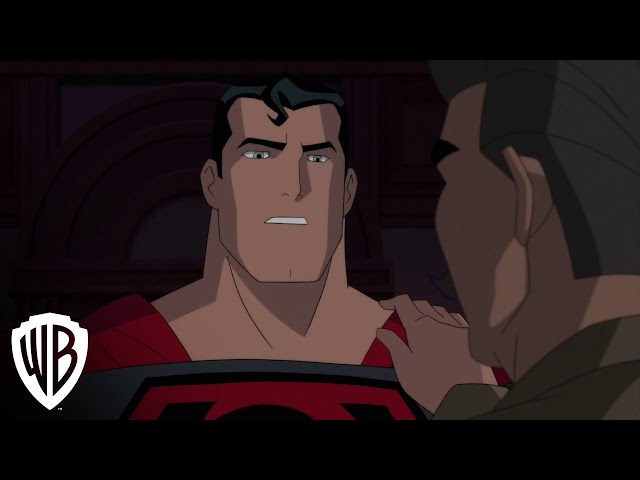 In the Soviet Union during the year 1946, a young boy is chased by a gang of bullies. A young girl, Svetlana (Winter Ave Zoli), defends him by chasing them away. He reveals to her that he was not scared for his own safety, but that of the bullies before demonstrating superhuman strength and the ability to fly. Svetlana tells the boy he can use his powers to help the country should he so choose.
A decade later, in the year 1955, the Soviet Union releases a propaganda film of an alien superhuman under the command of Joseph Stalin (William Salyers), whom the American media dubs the "Soviet Superman". United States President Eisenhower tasks Lex Luthor (Diedrich Bader) to develop a countermeasure against him. Meanwhile, Superman (Jason Isaacs) prevents a satellite from crashing into Metropolis, which leads to Lex's wife Lois Lane (Amy Acker) securing an interview with him. She shows him a top secret document that leads Superman to a secret gulag where he finds a dying Svetlana, who was imprisoned there because she knew his real identity. Enraged, Superman confronts Stalin and kills him. As a result, Superman becomes the new leader of the Soviet Union, pledging to use his powers for good and to spread the influence of the Soviet state.
Superman advances communist ideals across the world, ending the Korean War and demolishing the Berlin Wall, which the Western powers have built to deter him. He also forges an alliance and close friendship with Princess Diana / Wonder Woman (Vanessa Marshall) of Themyscira. Meanwhile, Luthor unveils a clone of Superman, dubbed "Superior Man", made from harvesting Superman's cells from the crashed satellite and remotely powered with an orb of energy before sending it out to confront Superman. The two superhumans battle until Luthor overloads the clone with excess energy, causing it to degenerate as the fight progresses until it finally collapses and dissolves. Superman is left appalled by Luthor's actions.

Who plays who in the Superman: Red Son movie?

Here is the full cast and characters of "Superman: Red Son" movie. Actors and actresses are sorted mostly in credits order.

What are critics and audiences saying about Superman: Red Son movie?

More information and reviews on "Superman: Red Son" movie you can get on the following websites.

Superman: Red Son on IMDB is available at:

Superman: Red Son on Wikipedia is available at: