Here are "Looking Glass" movie trailer, plot summary, full cast and characters, release date and everything we know so far.

Is there a trailer for Looking Glass movie? 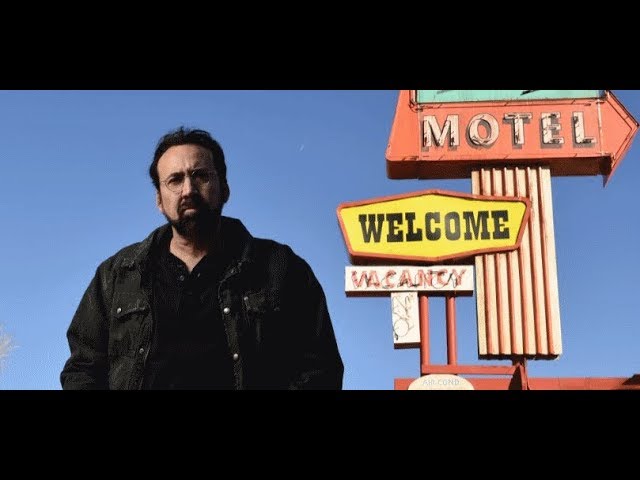 What is Looking Glass movie plot?

Ray (Nicolas Cage) and Maggie (Robin Tunney) have lost their child to an accident. Longing for a fresh start, they purchase a motel from Ben (Bill Bolender) in a small town located somewhere in the California desert on the way to Las Vegas.
Hours after their arrival, Ben calls Ray briefly, and disconnects his cellphone number soon after. Due to Ben's weird behavior, Ray becomes suspicious and soon discovers a secret underground hallway, leading to a tiny room with a one-way mirror that allows to secretly observe motel room #10.
A young woman named Jessica soon moves into the motel. Ray and Maggie also make acquaintance with Tommy (Ernie Lively), a likable truck driver who regularly frequents motel room #10 in company of a prostitute, Howard (Marc Blucas), a local deputy sheriff who comes by the motel every few days to have coffee as well as the gas station owner and his mechanics on the other side of the road.
Ray feels more and more uncomfortable due to Howard's and the gas station staffs' odd behavior. He notices that Howard keeps asking if he knew Ben's whereabouts and that Jessica has nightly visits from another blonde woman (Strawberry Blonde). As Maggie moves Jessica to room #10, Ray spies on her and Strawberry Blonde (Kassia Conway) through the one-way mirror and sees them have BDSM sex. Later that night, after Strawberry Blonde and Ray have left, Jessica is strangled to death by a masked assailant.
One night, Ray and Maggie go to a casino. As they come back, they find the slashed corpse of a pig in the motel's swimming pool with a note stuffed into the stomach reading "Crissy". Ray drives to the desert and burns the corpse. As he comes back, he meets Tommy and tells him about the pig. Tommy says a young local woman named Crissy had committed suicide in the pool by cutting her stomach open.

Who plays who in the Looking Glass movie?

Here is the full cast and characters of "Looking Glass" movie. Actors and actresses are sorted mostly in credits order.

What are Looking Glass filming details?

"Looking Glass" movie is rated "R", according to the MPAA film rating system.

What are critics and audiences saying about Looking Glass movie?

More information and reviews on "Looking Glass" movie you can get on the following websites.

Looking Glass on IMDB is available at:

Looking Glass on Wikipedia is available at: