Here are "Outside the Wire" movie trailer, plot summary, full cast and characters, release date, streaming services and everything we know so far.

Is there a trailer for Outside the Wire movie?

Netflix on Wednesday, January 06, 2021 released the trailer for "Outside the Wire" you can watch here:
Outside the Wire | Official Trailer | Netflix. 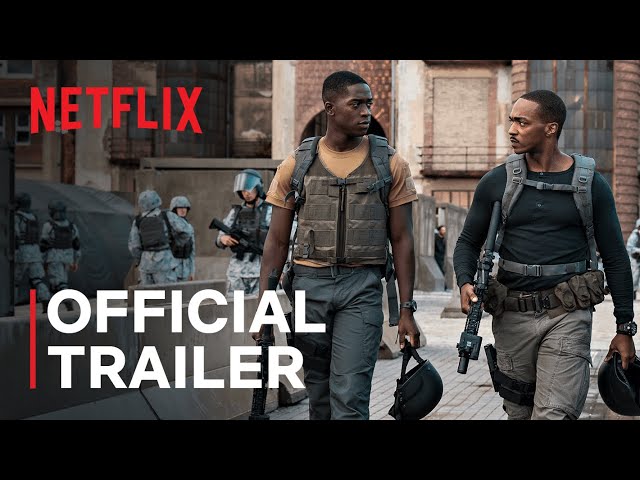 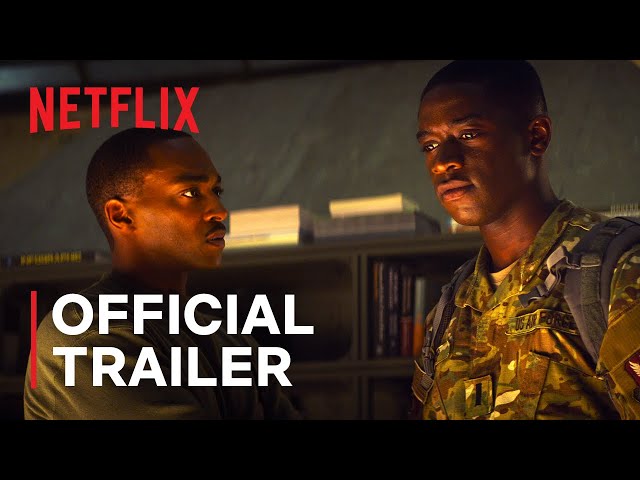 What is Outside the Wire movie plot?

Here is a short review of "Outside the Wire" movie plot summary.

In 2036, a civil war between pro-Russian insurgents and local resistances in Ukraine leads the US to deploy peacekeeping forces. During an operation, a team of United States Marines and robotic soldiers, individually referred to by the acronym "G.U.M.P.", are ambushed. Disobeying an order, drone pilot 1st Lt. Harp deploys a Hellfire missile in a drone strike against a suspected enemy launcher, killing two Marines but saving 38. As punishment, Harp is sent to Camp Nathaniel, the US base of operations in Ukraine where he is assigned to Captain Leo (Anthony Mackie), a highly advanced and experimental android super-soldier masquerading as a human officer.
Harp and Leo set out on a mission to prevent terrorist Victor Koval (Pilou Asbæk) from gaining control of a network of Cold War - era nuclear missile silos, under the cover of delivering vaccines to a refugee camp. On the way, they respond to a reported attack on a friendly aid truck, resulting in a stand-off between the Marines and armed locals. After a G.U.M.P. shoots a local who threw a rock at the G.U.M.P., Captain Leo negotiates a peaceful solution by giving the locals the contents of the aid truck. However, pro-Russian insurgents ambush the locals and Marines, leading to a firefight. This forces Leo and Harp to travel to the refugee camp on foot, while the Marines remain behind to engage the insurgents.
After arriving at the refugee compound, Leo and Harp are shot at by an insurgent, who kills some civilians. Leo tortures the insurgent for information, before leaving him to be killed by the gathered mob. Leo and Harp meet their contact Sofiya (Emily Beecham), a resistance leader. Sofiya leads them to an arms dealer who knows the location of a bank vault containing nuclear launch codes that Koval is looking for. Harp and Leo travel to the bank and are met by Koval's forces which include several G.U.M.P.s. While Harp helps rescue civilians caught in a crossfire between US and Russian G.U.M.P.s, Leo retrieves the codes but cannot find Koval. A drone strike called in by Eckhart (Michael Kelly) destroys the bank and several buildings, leading the military command to believe both Koval dead and Leo destroyed.

Who plays who in the Outside the Wire movie cast?

Here is the full cast and characters of "Outside the Wire" movie. Actors and actresses are sorted mostly in credits order.

When is Outside the Wire movie release date?

"Outside the Wire" movie release date was scheduled to be on January 15, 2021 distributing by Netflix.

What are Outside the Wire filming details?

"Outside the Wire" movie is rated "R", according to the MPAA film rating system.

What are critics and audiences saying about Outside the Wire movie?

"Outside the Wire" movie got average rating from critics. IMDB rating is 5.4/10. Rotten Tomatoes rating is 36/100.

More information and reviews on "Outside the Wire" movie you can get on the following websites.

You can watch Outside the Wire online streaming on Netflix:

Outside the Wire on IMDB is available at:

Outside the Wire on Wikipedia is available at: