Is there a trailer for Cinderella movie? 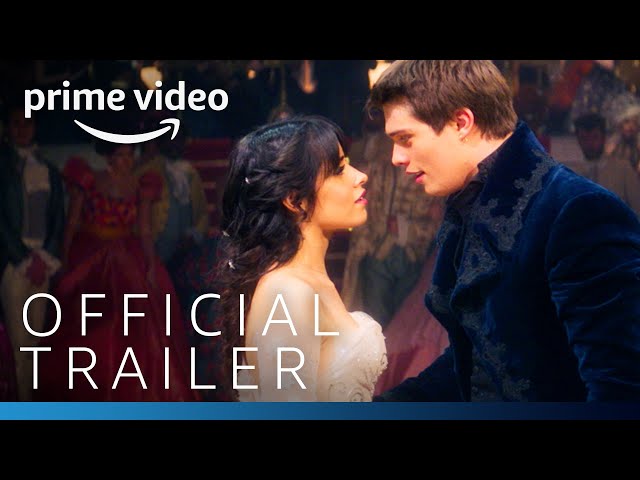 What is Cinderella movie plot?

Here is a short review of "Cinderella" movie plot summary.

Ella is an ambitious young woman who wants to establish her shop "Dresses by Ella" one day in her patriarchal society. She catches the eye of the Prince (Nicholas Galitzine) in the guard-changing ceremony. The next day, the Prince, dressed as a commoner, goes to the market, where he finds Ella trying to sell her dress, and buys it from her. He later invites her to the ball being held two weeks later, with the premise of introducing her to various people from the world to sell her dresses to.
When the day arrives, Ella is getting ready when her stepmother throws ink on her dress and asks her not to come to the ball, as she has already promised her to Thomas (who fancies Ella). Ella is sad, but her Fabulous (Billy Porter) Godparent magically appears and dresses her in a design of Ella's, with glass shoes, and turns mice into footmen and a crate into a carriage. Ella goes to the ball and finds the Queen, who offers to take her around the world as a dressmaker for her and asks to meet her the next day in the market square. Later the Prince finds Ella, shows his sister wearing the gown he bought from Ella previously and proposes to Ella. Ella refuses, however, as she wants to start her career. At the stroke of midnight she leaves the hall after throwing her shoe at one of the King's attendants, who tries to catch her.
The next day, Ella's stepmother, knowing the truth that Ella is the mystery princess, tries to convince her to marry the Prince. When Ella refuses, she gives her to Thomas the same day. The King has a change of heart about the Prince marrying a commoner after a discussion with the Queen, and asks the Prince to marry Ella. The Prince keeps searching for Ella and finds her running in the forest after she escapes from Thomas. They confess their love to each other and reach in time to show her benefactor her designs, who accepts them and asks Ella to come with her.

Who plays who in the Cinderella movie cast?

Here is the full cast and characters of "Cinderella" movie. Actors and actresses are sorted mostly in credits order.

When is Cinderella movie release date?

What are Cinderella filming details?

"Cinderella" movie is rated "PG", according to the MPAA film rating system.

Principal photography began in February 2020 at Pinewood Studios in the United Kingdom.

What are critics and audiences saying about Cinderella movie?

"Cinderella" movie got average rating from critics. IMDB rating is 3.6/10.

More information and reviews on "Cinderella" movie you can get on the following websites.

Cinderella on IMDB is available at:

Cinderella on Wikipedia is available at: