Is there a trailer for Jiu Jitsu movie? 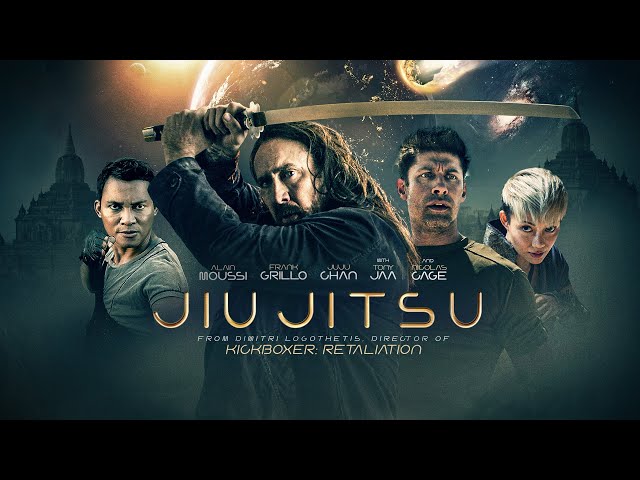 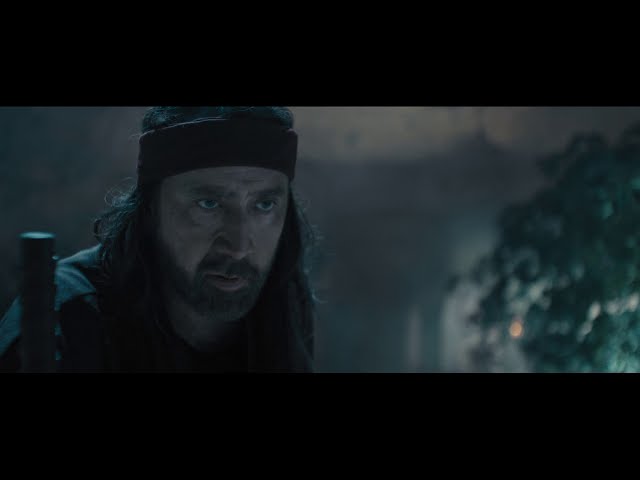 What is Jiu Jitsu movie plot?

In a jungle of Burma, Jake (Alain Moussi) is running away from flying stars. He ends up on an oceanside cliff, where he is hit by the stars and falls into the ocean, hitting his head and blacking out.
Wylie (Nicolas Cage) sees Jake in the water and he is left in the care of two Burmese fishers. They stitch up the cuts Jake sustained from the shurikens and bring him to a nearby military outpost assuming that's where he came from originally. After a foreboding miscommunication between an inexperienced translator and the fisherwoman, Jake is left at the outpost and starts to come to. Puzzled by words of a comet that comes every 6 years and a hole in a temple opening, the operatives get to work on figuring out where Jake came from. A talented Intelligence Officer, Myra (Marie Avgeropoulos) tries to interrogate Jake but it appears he has no recollection of the events which led to him ending up in the water where he was found.
After a fight sequence Myra hits Jake with a truth serum, but this has little impact on what he divulges. She decides that it's more likely than not that he actually doesn't remember, but just as this is being discussed with other operatives, Keung begins to work his way through the base, besting fist and gun alike with advanced Jiu Jitsu. As man after man in balaclavas and fatigue uniform is laid flat by an unphased Keung, the noises of gunfire and feet making contact with chests, heads and the like alert Myra and the others that something is indeed up. After more fighting, Keung approaches Jake who he recognizes with a handclasp that appears to come naturally to Jake. "We gotta go" is the only direction Keung has time to offer, and Jake accepts the first opportunity to leave behind those who interrogated and beat him. While we had seen a glimpse of it in the previous fighting, their departure from the base confirms that Jake, too, is skilled in the art of using his limbs to prevent others from doing the same.

Who plays who in the Jiu Jitsu movie?

Here is the full cast and characters of "Jiu Jitsu" movie. Actors and actresses are sorted mostly in credits order.

What are Jiu Jitsu filming details?

"Jiu Jitsu" movie is rated "R", according to the MPAA film rating system.

What are critics and audiences saying about Jiu Jitsu movie?

More information and reviews on "Jiu Jitsu" movie you can get on the following websites.

Jiu Jitsu on IMDB is available at:

Jiu Jitsu on Wikipedia is available at: