Here are "Come to Daddy" movie trailer, plot summary, full cast and characters, release date and everything we know so far.

Is there a trailer for Come to Daddy movie?

Saban Films on Friday, April 24, 2020 released the trailer for "Come to Daddy" you can watch here:
Come To Daddy Official Trailer (2020) - Elijah Wood. 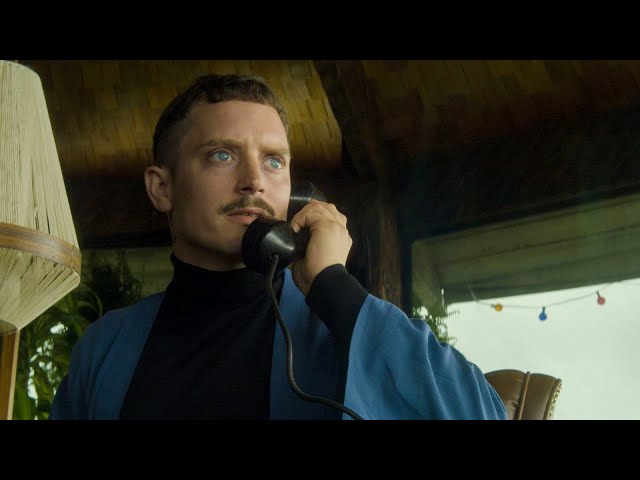 What is Come to Daddy movie plot?

Here is a short review of "Come to Daddy" movie plot summary.

Norval Greenwood (Elijah Wood), a privileged musician who lives with his mother in a Beverly Hills mansion, receives a letter from his estranged father asking him to come and visit him. Norval, who has not seen his father since he was five years old, makes the trek to a secluded cabin overlooking the coast in Oregon. His father, Brian (Martin Donovan), is initially welcoming to him, but Norval's admission of a failed suicide attempt seems to anger Brian, who soon begins to display aggressive tendencies and taunt and insult Norval, even threatening him with physical violence. All this comes to a head one afternoon when Brian attacks Norval with a meat cleaver, but in the ensuing struggle, Brian has a heart attack and immediately dies.
Due to a lack of space at the local morgue, Norval is forced to keep his father's body in the cabin with him after having it embalmed. He attempts to stay in the house long enough for his mother to come and get him, but is repeatedly awakened by loud sounds from somewhere within the house. Finding a hidden family photo album, Norval sees a photo of his father and realizes that the dead man is not his father at all. He then finds a hidden hatch in the house leading to a bunker beneath, where he finds his real father bloodied and chained up. On his father's orders, he attempts to kill a man, Jethro (Michael Smiley), who arrives to torture his father, but Jethro escapes, promising revenge.
After finally freeing Brian, Norval is forced to carry him upstairs into the house. Brian reveals to Norval that after he left him and his mother, he fled to Bangkok where he and a group of three other men - Jethro, a large man named Dandy (Simon Chin), and Gordon (Stephen McHattie) who was pretending to be Norval's father - kidnapped the daughter of the richest man in Thailand and successfully held her for a large ransom. Brian fled the group with their shares of the money and has been on the run ever since, funding Norval and his mother's expensive way of life with the money. Dandy arrives at the house and attempts to kill Norval, but Norval stabs him in the genitals multiple times with a barbecue fork, then suffocates him with plastic wrap before beating him to death with the rest of the roll.

Who plays who in the Come to Daddy movie?

Here is the full cast and characters of "Come to Daddy" movie. Actors and actresses are sorted mostly in credits order.

When is Come to Daddy movie release date?

What are Come to Daddy filming details?

"Come to Daddy" movie is rated "R", according to the MPAA film rating system.

What are critics and audiences saying about Come to Daddy movie?

More information and reviews on "Come to Daddy" movie you can get on the following websites.

Come to Daddy on IMDB is available at:

Come to Daddy on Wikipedia is available at: