Is there a trailer for Terminator: Dark Fate movie? 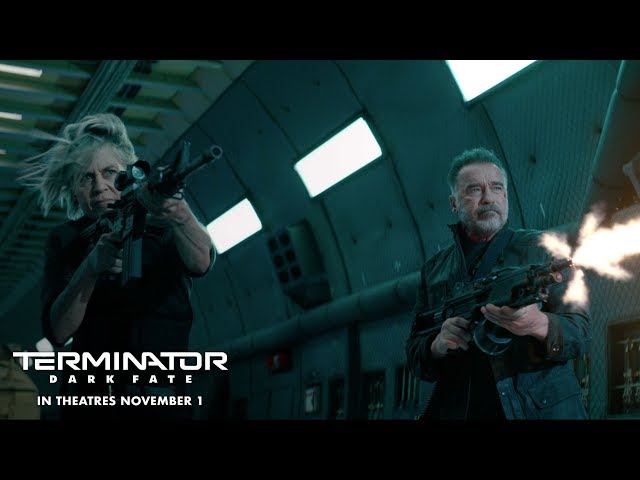 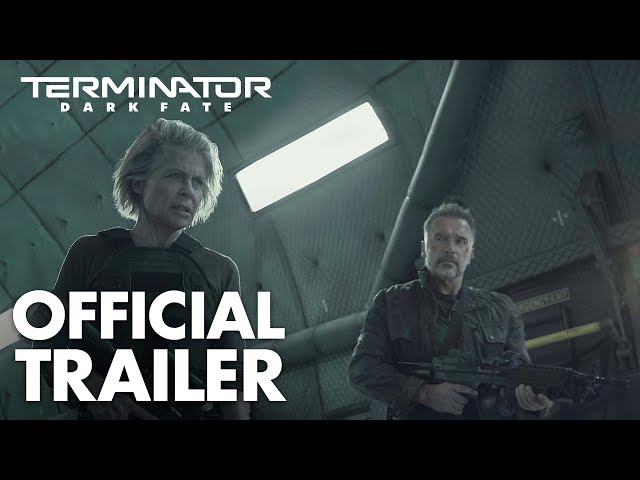 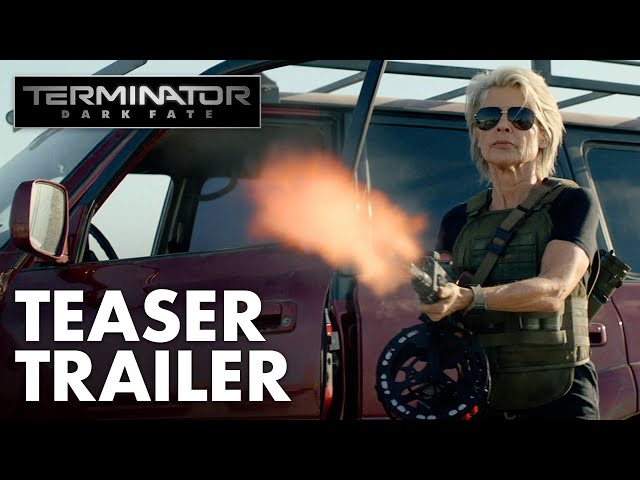 In 1998, three years after destroying Cyberdyne Systems Corporation, Sarah (Linda Hamilton) and John Connor (Aaron Kunitz) are enjoying life by a beach in Livingston, Guatemala, when they are suddenly accosted by a T-800 Terminator. One of several sent back through time by Skynet, the Terminator kills John and leaves, despite Sarah's attempts to stop it.
An advanced Terminator, the Rev-9, is sent back in time to Mexico City in 2020, to murder Dani Ramos (Natalia Reyes), while a cybernetically enhanced soldier, Grace (Mackenzie Davis), is sent from 2042 to protect her. The Rev-9, disguised as Dani's father, infiltrates the automobile assembly plant where Dani and her brother Diego work, but is thwarted by Grace, who escapes with the siblings. The Rev-9, using its ability to split into two distinct entities (its cybernetic endoskeleton and shape-shifting liquid metal exterior), pursues them, killing Diego and cornering Grace and Dani. However, Sarah arrives and temporarily disables both entities using explosives.
Dani, Grace, and Sarah retreat to a motel. Sarah reveals that she found them because in the years since John's death, she has received encrypted messages detailing the locations of arriving Terminators, each ending with "For John", allowing her to destroy them before they become threats. Grace notes that Skynet and John do not exist in her future and thus Sarah had succeeded in destroying the former after Cyberdyne went defunct. However, humanity's future is threatened by another AI called Legion, originally developed for cyberwarfare; this system is built in Skynet's place. When Legion became a threat to humans, an attempt was made to neutralize it with nuclear weapons, resulting in a nuclear holocaust and the AI creating a global network of machines to terminate the human survivors. The survivors then organized as the Human Resistance to counter Legion's onslaughts, and Dani's destiny is linked to their war against it.

Who plays who in the Terminator: Dark Fate movie cast?

Here is the full cast and characters of "Terminator: Dark Fate" movie. Actors and actresses are sorted mostly in credits order.

What are critics and audiences saying about Terminator: Dark Fate movie?

"Terminator: Dark Fate" movie got high rating from critics. IMDB rating is 6.2/10. Rotten Tomatoes rating is 70/100. Audiences polled by CinemaScore gave the film an average grade of "B+" on a scale ranging from A+ to F.

More information and reviews on "Terminator: Dark Fate" movie you can get on the following websites.

Terminator: Dark Fate on IMDB is available at:

Terminator: Dark Fate on Wikipedia is available at: