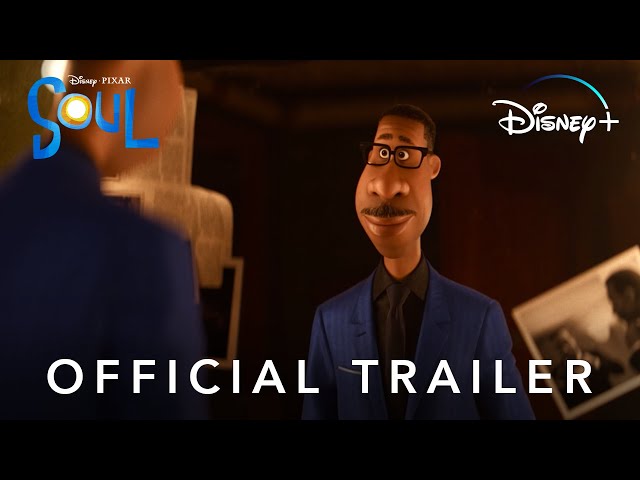 Joe Gardner (Jamie Foxx), a pianist and middle school music teacher living in New York City, dreams of playing jazz professionally. His mother Libba (Phylicia Rashad) insists that he make his teaching job full time, fearing for his financial security. One day, Joe learns of an opening in the band of jazz legend Dorothea Williams (Angela Bassett) and auditions at a music club. Impressed with Joe's piano playing, Dorothea hires him for that night's show. As Joe heads off, his excitement distracts him, and he falls down a manhole.
Joe finds himself as a soul heading into the "Great Beyond". Unwilling to die, he tries to escape but ends up in the "Great Before", where counselors - all named Jerry - prepare unborn souls for life with the help of mentor souls. Each soul has a badge which grants passage to Earth once it is completely filled out with personality traits. Mistaken for a mentor, Joe is assigned to train 22 (Tina Fey), a cynical soul who has always lived in the Great Before and desires avoiding Earth. Discovering that Joe is in a coma at a hospital, 22 agrees to let him help find her "spark" to complete her badge and then give it to him so that he can return home. After Joe fails to find 22 a passion, they visit "the zone", a place that souls can enter when their passions create a euphoric trance, but which can also become a trap for obsessed lost souls. They come across Moonwind (Graham Norton), the captain of a galleon bearing a troupe of hippie mystics, who help Joe locate his body on Earth.
Joe returns to Earth but accidentally carries 22, resulting in the two souls respectively entering the bodies of a therapy cat and Joe himself. They find Moonwind (at his day-job as a sign twirler), who agrees to meet them later at the jazz club to restore Joe to his body. In the meantime, 22 settles into Joe's body and enjoys small moments while interacting with Joe's peers. She holds poignant conversations with Connie (Cora Champommier), a student who wants to quit the school band but changes her mind after performing a trombone solo; Dez (Donnell Rawlings), who wanted to become a veterinarian but now enjoys being a barber; and Libba, who finally accepts Joe's passion for music. Meanwhile, Terry (Rachel House), an obsessive accountant who tallies souls headed to the Great Beyond, discovers that Joe is missing, and heads to Earth in order to send him to the Great Beyond and restore the count.

Who plays who in the Soul movie cast?