Here are "The Gentlemen" movie trailer, plot summary, full cast and characters, release date, streaming services and everything we know so far.

Is there a trailer for The Gentlemen movie?

STXfilms on Monday, December 23, 2019 released the trailer for "The Gentlemen" you can watch here:
The Gentlemen | Official Trailer 2 | Own it NOW on Digital HD, Blu-ray & DVD. 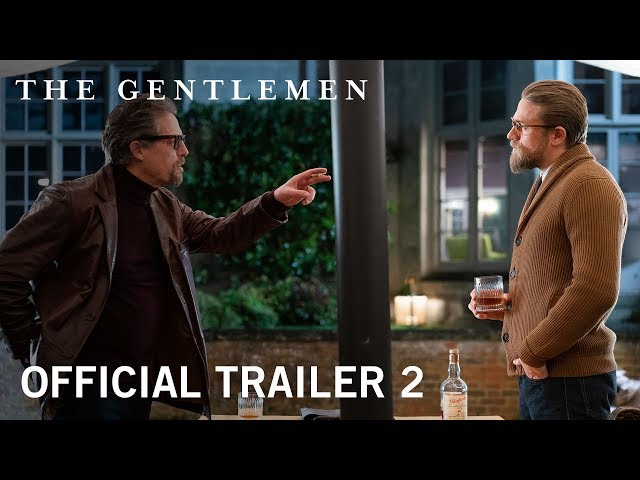 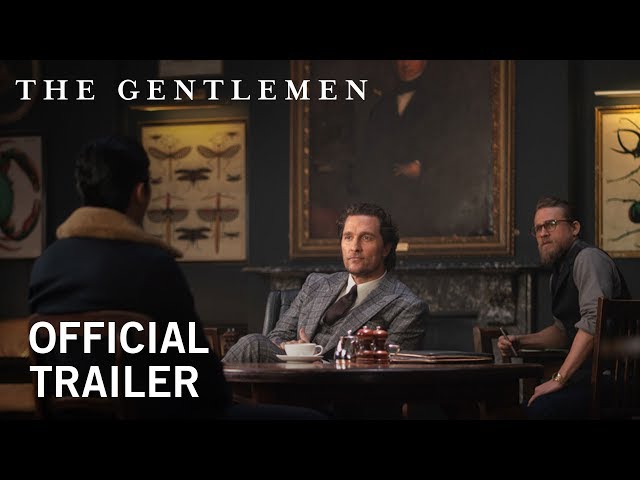 What is The Gentlemen movie plot?

Here is a short review of "The Gentlemen" movie plot summary.

Big Dave (Eddie Marsan), editor of the Daily Print tabloid, is snubbed by cannabis baron Mickey Pearson (Matthew McConaughey) at a party and hires private investigator Fletcher (Hugh Grant), to investigate Pearson's links to Lord Pressfield (Samuel West), a Duke with a heroin-addicted daughter. Fletcher offers to sell his findings (typed up as a screenplay entitled Bush) to Pearson's right-hand man, Raymond (Charlie Hunnam), for £20 million.
Born in poverty in the US, Pearson won a Rhodes Scholarship to Oxford University, where he began selling marijuana to fellow students before dropping out and building his criminal empire by violence. He now plans to sell his business to American billionaire Matthew Berger (Jeremy Strong) for £400m so he can retire peacefully with his wife, Rosalind (Michelle Dockery). Pearson shows Berger one of the labs where he grows his cannabis under the estates of aristocratic landlords, who need cash for the upkeep of their stately homes. Pearson is later approached by Dry Eye (Henry Golding), an underboss for Chinese gangster Lord George (Tom Wu). Dry Eye offers to buy out Pearson's business, but he refuses. Pearson's lab is then raided by amateur MMA fighters and aspiring YouTubers "The Toddlers" who overpower the lab's guards, steal a van-load of marijuana and upload a rap video of their caper online. The fighters' trainer, known only as Coach (Colin Farrell), orders them to delete the video and is horrified when he discovers that the cannabis belongs to Pearson.
Pearson begins transferring his cannabis plants out of the estates. He also agrees to bring home Pressfield's wayward daughter Laura. Raymond retrieves Laura from a council estate where she is living with several other addicts. However, in a brawl with her flatmates one of Raymond's men accidentally pushes Aslan (Danny Griffin), a young Russian man, out of the window to his death. Although Laura was then returned to her parents, she later dies of a heroin overdose.

Who plays who in the The Gentlemen movie?

Here is the full cast and characters of "The Gentlemen" movie. Actors and actresses are sorted mostly in credits order.

When is The Gentlemen movie release date?

What are The Gentlemen filming details?

"The Gentlemen" movie is rated "R", according to the MPAA film rating system.

What are critics and audiences saying about The Gentlemen movie?

"The Gentlemen" movie got high rating from critics. IMDB rating is 7.8/10. Rotten Tomatoes rating is 75/100. Audiences polled by CinemaScore gave the film an average grade of "B+" on a scale ranging from A+ to F.

More information and reviews on "The Gentlemen" movie you can get on the following websites.

The Gentlemen on IMDB is available at:

The Gentlemen on Wikipedia is available at: