Here are "The Truth" movie trailer, plot summary, full cast and characters, release date, streaming services and everything we know so far.

Is there a trailer for The Truth movie?

IFC Films on Thursday, December 19, 2019 released the trailer for "The Truth" you can watch here:
The Truth - Official Trailer I HD I IFC Films. 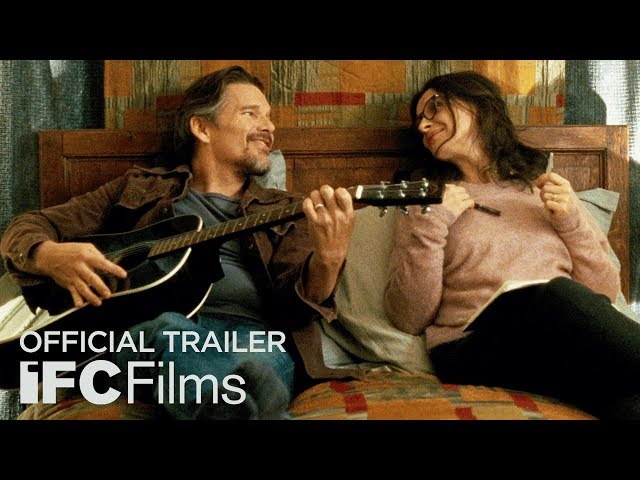 What is The Truth movie plot?

Here is a short review of "The Truth" movie plot summary.

Fabienne Dangeville (Catherine Deneuve) is a very famous French actress, giving an interview about work on her upcoming book. Her daughter, screenwriter Lumir (Juliette Binoche), son-in-law actor Hank (Ethan Hawke) and granddaughter Charlotte (Clémentine Grenier) arrive. Lumir is surprised that the book has already been printed, as she expected to read it first, before being published. Fabienne tells her that she sent her the manuscript before having the book printed. Later that night, Lumir reads her mother's book.
Next day, Lumir confronts Fabienne about some lines in the book which depict her relationship with her mother as a fairy tale story. Fabienne was very rarely there for Lumir as a child. Lumir also asks why she doesn't mention Sarah once in her book (Sarah Mondavan, being Fabienne's best friend, and an accomplished actress in her own right), and Fabienne simply says it's her book, and that nobody reading it would want to know the truth, because she is a famous actress and her fans would find the truth uninteresting. Later, Luc, Fabienne's manager tells Lumir that Fabienne is doing her current film only because it stars Manon Lenoir (Manon Clavel), the next big actress who reminds everyone of Sarah Mondavan. It's called "Memories of My Mother".
Lumir goes to the film set, acting as Fabienne's assistant, and watches the film shoot. It's a science fiction movie about a mother who is dying, and so she goes to live in space, in order to stop aging and slow the effects of her terminal illness. She returns to Earth every seven years to visit her daughter, who is older and older with each visit, while she herself doesn't age. Fabienne plays the daughter in her seventies. During a read-through rehearsal of the script, the room seems very impressed with Manon's talent, but Fabienne seems annoyed and believes Manon is being pretentious by overacting. later, Luc tells Fabienne that Manon reminds him of Sarah Mondavan, while Lumir agrees and says they have the same sounding voice.

Who plays who in the The Truth movie cast?

Here is the full cast and characters of "The Truth" movie. Actors and actresses are sorted mostly in credits order.

When is The Truth movie release date?

What are The Truth filming details?

The duration of the film is 106 minutes. The film grossed over $5.2 million.

"The Truth" movie is rated "PG", according to the MPAA film rating system.

What are critics and audiences saying about The Truth movie?

"The Truth" movie got high rating from critics. IMDB rating is 6.5/10.

More information and reviews on "The Truth" movie you can get on the following websites.

The Truth on IMDB is available at:

The Truth on Wikipedia is available at: