Here are "A Simple Favor" movie trailer, plot summary, full cast and characters, release date, streaming services and everything we know so far.

Is there a trailer for A Simple Favor movie? 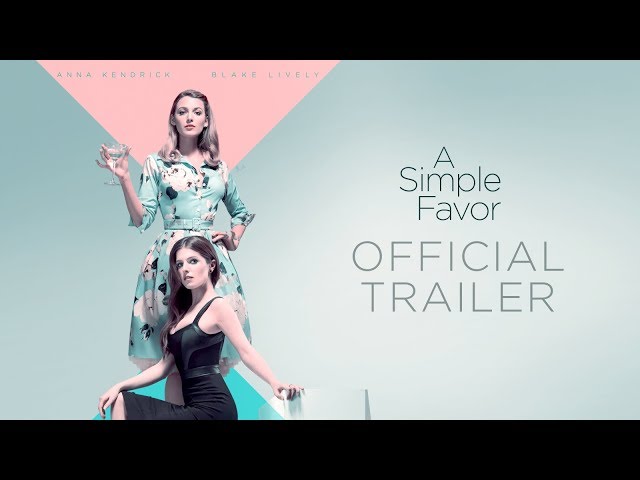 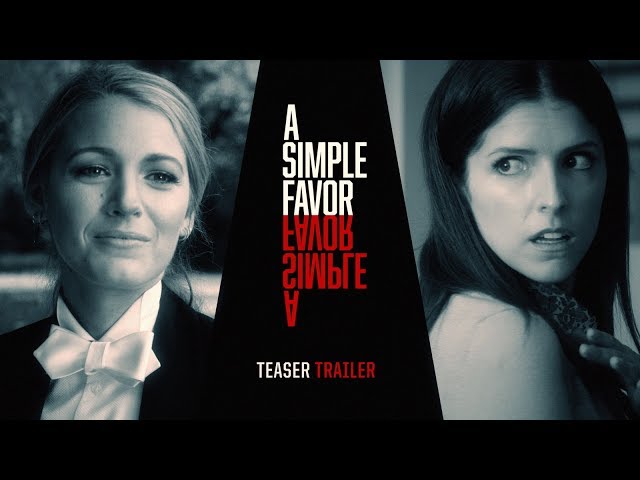 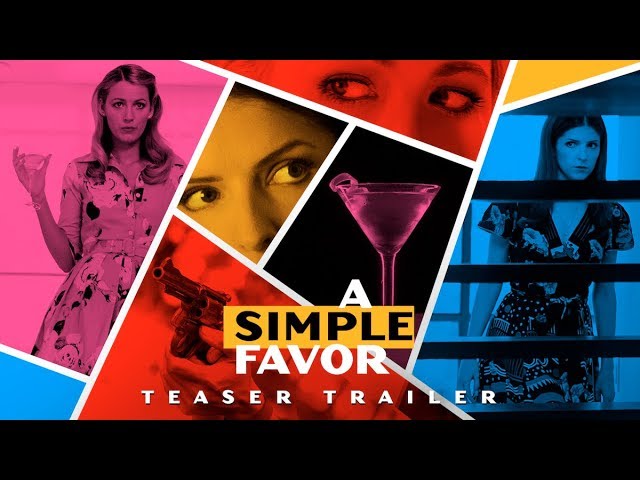 What is A Simple Favor movie plot?

Here is a short review of "A Simple Favor" movie plot summary.

Widowed single mother Stephanie Smothers (Anna Kendrick) runs a vlog featuring crafts and recipes for parents. She becomes friends with Emily Nelson (Blake Lively), the mother of her son's schoolmate and a PR director for a fashion company, and the two exchange confessions over martinis. Stephanie shares that as a teenager, she had sex with her half-brother Chris (Dustin Milligan). Emily is frustrated by the lack of success of her husband, English professor Sean Townsend (Henry Golding), and their (well-hidden) poor financial situation.
Stephanie babysits Emily's son while Sean is in London. After two days of Emily not returning calls, Stephanie learns from Emily's boss, Dennis Nylon (Rupert Friend), that Emily is in Miami. Stephanie calls Sean, who contacts the police. Trying to get to the bottom of Emily's disappearance, Stephanie makes missing person flyers using a photo of Emily that she found hidden on her desk.
Detective Summerville (Chris Owens) reports that Emily lied about flying to Miami, and that her drowned body had been discovered in the lake at a summer camp in Michigan. Stephanie and Sean share their grief and begin a sexual relationship. Summerville reveals to Stephanie that Emily had severe liver damage, a large amount of heroin in her system, and that Sean had recently taken out a $4 million life insurance on Emily.
Stephanie receives an insulting message apparently from Emily about her tryst with her half-brother Chris. Stephanie recalls that her late husband suspected her infidelity and may have intentionally caused the car crash that killed both him and Chris. Investigating Emily's past, Stephanie meets Diana Hyland (Linda Cardellini), who seems to have been a lesbian lover of Emily and who had painted a portrait of Emily. Diana says that the painting is actually of her muse Claudia, whom she describes as a con artist who disappeared. Diana's information leads Stephanie to a yearbook that shows Emily to be a girl named Hope McLanden (Nicole Peters), and who had an identical twin named Faith McLanden (Lauren Peters). Stephanie visits Margaret (Lila Yee), the mother of the twins, who explains that at age 16, the twins had set fire to the family house, killing their father.

Who plays who in the A Simple Favor movie cast?

Here is the full cast and characters of "A Simple Favor" movie. Actors and actresses are sorted mostly in credits order.

When is A Simple Favor movie release date?

What are A Simple Favor filming details?

"A Simple Favor" movie is rated "R", according to the MPAA film rating system.

What are critics and audiences saying about A Simple Favor movie?

"A Simple Favor" movie got high rating from critics. IMDB rating is 6.8/10. Rotten Tomatoes rating is 84/100. The audience also likes the film. Audiences polled by CinemaScore gave the film an average grade of "B+" on a scale ranging from A+ to F.

More information and reviews on "A Simple Favor" movie you can get on the following websites.

A Simple Favor on IMDB is available at:

A Simple Favor on Wikipedia is available at: