Here are "The Best of Enemies" movie trailer, plot summary, full cast and characters, release date, streaming services and everything we know so far.

Is there a trailer for The Best of Enemies movie? 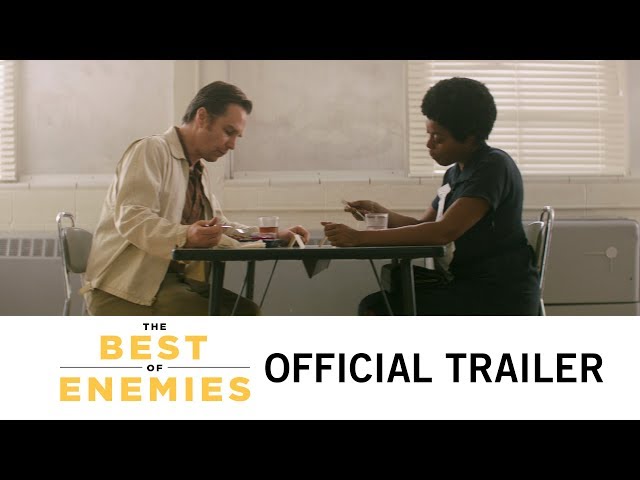 What is The Best of Enemies movie plot?

Here is a short review of "The Best of Enemies" movie plot summary.

1971: In Durham, North Carolina, Ann Atwater (Taraji P. Henson) tries to get better housing conditions for poor black people, and is ignored by the all-white judge panel. C. P. Ellis is the president of the KKK, and has a family with children. He loves and cares for his family. Ann's daughters' school catches on fire (whether by accident or arson is unclear), and CP is afraid that the black children will come to the white schools. The city council makes a finding the school is still usable, so the NAACP helps file a lawsuit. The judicial decision is to bring in a proven mediation expert, Bill Riddick (Babou Ceesay), who sets up a meeting with the both of them.
At first, both of them refuse since they hate each other, but then they are convinced. CP is a proud racist and refuses to sit with Bill and Ann, since they are black and he is white. Bill tells them the charrettes are designed to help groups develop solutions, so this one will tackle school segregation and other educational issues for the whole Durham school district.
They agree to pick some people randomly from the group to vote on the issues at the end of the meeting sessions. CP tries to talk to folks selected to vote, but is mostly rebuffed. A black reverend asks Bill if he can play gospel music at the end of each session. CP hotly refuses, saying if the blacks want to sing gospel music at the charrette, he should be allowed to put out his KKK items to display. Ann refuses, but Bill agrees.
At one meeting, a group of black teenagers tries to destroy the KKK items, but Ann stops and tells them to instead understand what the KKK is. All this is observed by CP from afar.

Who plays who in the The Best of Enemies movie cast?

Here is the full cast and characters of "The Best of Enemies" movie. Actors and actresses are sorted mostly in credits order.

When is The Best of Enemies movie release date?

What are The Best of Enemies filming details?

"The Best of Enemies" movie is rated "PG-13", according to the MPAA film rating system.

What are critics and audiences saying about The Best of Enemies movie?

"The Best of Enemies" movie got high rating from critics. IMDB rating is 7.3/10. Rotten Tomatoes rating is 54/100. The audience also likes the film. Audiences polled by CinemaScore gave the film an average grade of "A" on a scale ranging from A+ to F.

More information and reviews on "The Best of Enemies" movie you can get on the following websites.

The Best of Enemies on IMDB is available at:

The Best of Enemies on Wikipedia is available at: