Here are "Hunter Killer" movie trailer, plot summary, full cast and characters, release date and everything we know so far.

Is there a trailer for Hunter Killer movie? 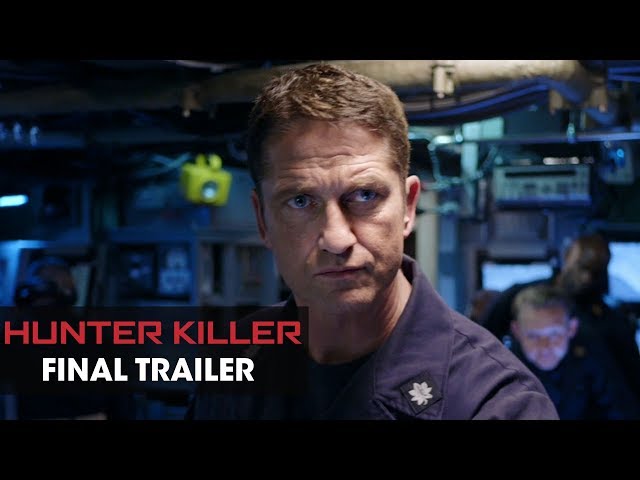 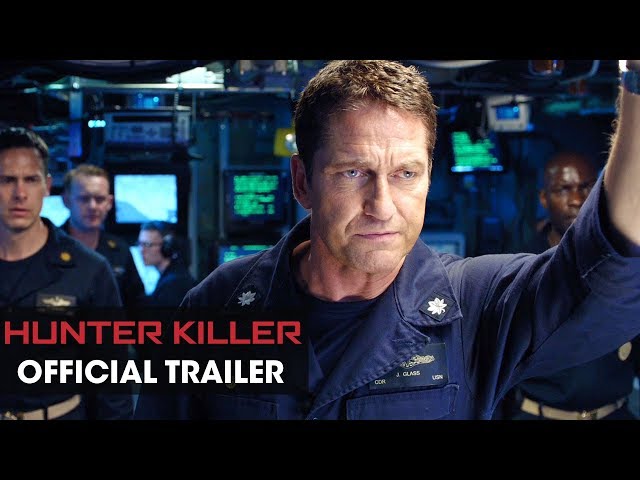 What is Hunter Killer movie plot?

The U.S. Los Angeles class submarine USS Tampa Bay vanishes while shadowing the Russian Konek in the Arctic. Rear Admiral John Fisk (Common) sends the , under the command of newly-promoted and unorthodox Commander Joe Glass (Gerard Butler) to investigate.
At the same time, a Navy SEAL team under the command of Lieutenant Bill Beaman (Toby Stephens) is sent in to discreetly observe the Russian naval base in Polyarny, Murmansk Oblast, but their mission is swiftly complicated when Martinelli (Zane Holtz), the team's new designated marksman recruit, is rendered injured during the HALO drop. When they arrive at the naval base, they witness defense minister, Admiral of the Fleet Dmitriy Durov (Michael Gor), conducting a coup d'état and taking Russian President Nikolai Zakarin (Alexander Diachenko) prisoner, and swiftly realize that Durov intends to trigger a war. Their location is almost discovered by the Russians during a radio intercept check, the SEALS manage to hide away undetected. Martinelli is injured in the leg by gunfire from a Russian officer who fired stray bullets into their hiding location forcing the team to leave him behind.
Meanwhile, Arkansas discovers the destroyed Tampa Bay, and also finds the sunken Russian submarine Konek damaged in a manner that suggests internal sabotage rather than external attack. They are attacked by another Russian Akula submarine, Volkov, that has been hiding under an iceberg, but Glass is able to destroy the ambusher and rescue Russian survivors from Konek, including its commanding officer, Captain 2nd rank Sergei Andropov (Michael Nyqvist).

Who plays who in the Hunter Killer movie?

Here is the full cast and characters of "Hunter Killer" movie. Actors and actresses are sorted mostly in credits order.

What are Hunter Killer filming details?

"Hunter Killer" movie is rated "R", according to the MPAA film rating system.

What are critics and audiences saying about Hunter Killer movie?

"Hunter Killer" movie got average rating from critics. IMDB rating is 6.6/10. Rotten Tomatoes rating is 37/100. But the audience likes the film. Audiences polled by CinemaScore gave the film an average grade of "A-" on a scale ranging from A+ to F.

More information and reviews on "Hunter Killer" movie you can get on the following websites.

Hunter Killer on IMDB is available at:

Hunter Killer on Wikipedia is available at: