Is there a trailer for Love, Simon movie? 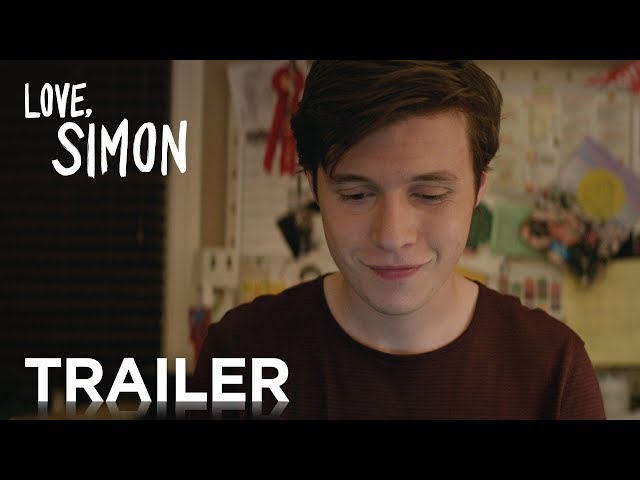 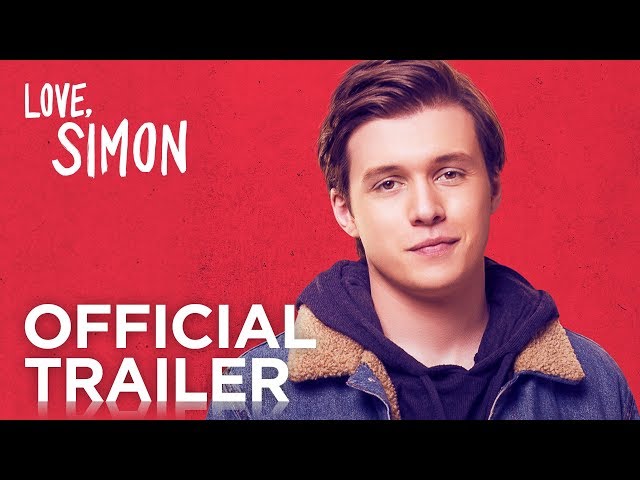 What is Love, Simon movie plot?

Simon Spier (Nick Robinson) is a closeted gay teenager living in a suburb of Atlanta, Georgia. He has a close and loving family - parents Emily (Jennifer Garner) and Jack (Josh Duhamel), and sister Nora (Talitha Eliana Bateman) - as well as three best friends: Nick and Leah (Katherine Langford), whom he has known most of his life, and newcomer Abby (Alexandra Shipp).
Leah informs Simon about an online confession of a closeted gay student at their high school, known only by the pseudonym "Blue". Simon begins communicating with Blue via email using the pseudonym "Jacques". The two confide personal details and form a connection. Their emails are accidentally discovered by another student, Martin, who is infatuated with Abby. After learning his secret, Martin threatens to make Simon's emails public unless he helps Martin win over Abby. Simon begins trying to figure out which of his classmates is actually Blue.
At a Halloween party, Simon suspects his classmate Bram (Keiynan Lonsdale) might be Blue and attempts to connect with him, but later walks in on Bram making out with a female student. Nick confides in Simon that he has feelings for Abby. Simon lies to Nick, telling him that Abby has a boyfriend in college. Leah walks an inebriated Simon home, where she speaks vaguely about how she feels that she is fated to love one person very intensely; Simon believes she is referring to Nick.
Simon meets up with Abby and Martin at a Waffle House after he convinces them to practice lines together for an upcoming school musical. Simon bonds with their server, a classmate named Lyle (Joey Pollari), and now suspects that Lyle may be Blue. That night, Simon comes out to Abby and is relieved when she reacts positively.

Who plays who in the Love, Simon movie cast?

Here is the full cast and characters of "Love, Simon" movie. Actors and actresses are sorted mostly in credits order.

What are Love, Simon filming details?

"Love, Simon" movie is rated "PG-13", according to the MPAA film rating system.

What are critics and audiences saying about Love, Simon movie?

"Love, Simon" movie got high rating from critics. IMDB rating is 7.5/10. Rotten Tomatoes rating is 91/100. The audience also loves the film. Audiences polled by CinemaScore gave the film an average grade of "A+" on a scale ranging from A+ to F.

More information and reviews on "Love, Simon" movie you can get on the following websites.

Love, Simon on IMDB is available at:

Love, Simon on Wikipedia is available at: