Here are "The Darkest Minds" movie trailer, plot summary, full cast and characters, release date and everything we know so far.

Is there a trailer for The Darkest Minds movie? 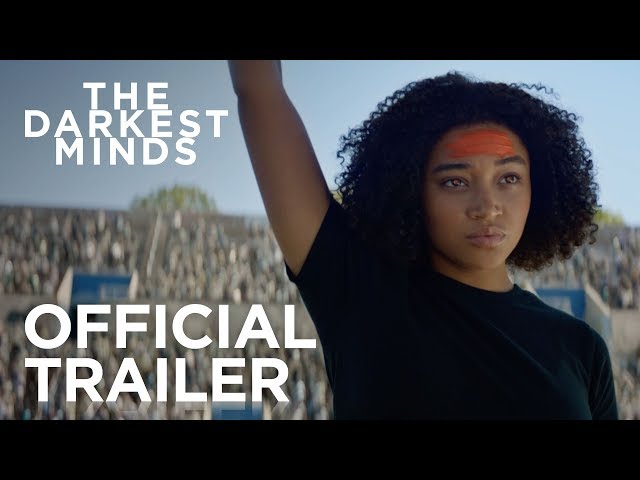 What is The Darkest Minds movie plot?

Here is a short review of "The Darkest Minds" movie plot summary.

In a dystopian future, a contagious disease called Idiopathic Adolescent Acute Neurodegeneration kills nearly 98% of all children and teenagers, leaving the survivors with unusual abilities. These survivors with superpowers are imprisoned worldwide. Ruby Daly (Amandla Stenberg) is an Orange which means she has the psionic ability to get into people's mind. She escapes her prison and joins a resistance group (League) to fight for her future. Cate (Mandy Moore), a worker at the camp, provides Ruby with a panic button that can be activated as a tracker if she is in danger. When Ruby gets visions while touching Rob (Mark O'Brien), another League member, she becomes suspicious of their intentions. Ruby makes her escape with a mute little girl named Suzume (Zu), a Yellow. Zu (Miya Cech) takes Ruby to Liam (Harris Dickinson), a Blue, and his friend Charles (Chubs), another Blue (Green in the movie). The three agree to let Ruby join them as they try to make their way to "East River," a purported safe haven led by an Orange named Slip Kid (David Shepherd).
The four enter an abandoned mall to gather supplies, where they cross paths with another group of survivors. The others know where East River is, but the only clue they revealdue to the subtle influence of Ruby's powerare the letters "E.D.O." Ruby eventually deduces that this is a radio frequency, which reveals a transmission that East River is in Lake Prince, Virginia.
Journeying to East River, Ruby and Liam begin to develop a romantic connection, but Ruby refuses to touch him, fearing that her powers will hurt him. At East River, Slip Kid is revealed to be the president's son, Clancy Gray (Patrick Gibson), who is an Orange. He teaches Ruby how to control her powers, and in return, has Ruby teach him how to erase people's memories. During this process, Clancy controls her mind and kisses her.

Who plays who in the The Darkest Minds movie?

Here is the full cast and characters of "The Darkest Minds" movie. Actors and actresses are sorted mostly in credits order.

When is The Darkest Minds movie release date?

What are The Darkest Minds filming details?

"The Darkest Minds" movie is rated "PG-13", according to the MPAA film rating system.

What are critics and audiences saying about The Darkest Minds movie?

"The Darkest Minds" movie got average rating from critics. IMDB rating is 5.7/10. Rotten Tomatoes rating is 16/100. But the audience likes the film. Audiences polled by CinemaScore gave the film an average grade of "B" on a scale ranging from A+ to F.

More information and reviews on "The Darkest Minds" movie you can get on the following websites.

The Darkest Minds on IMDB is available at:

The Darkest Minds on Wikipedia is available at: