Is there a trailer for Pacific Rim: Uprising movie? 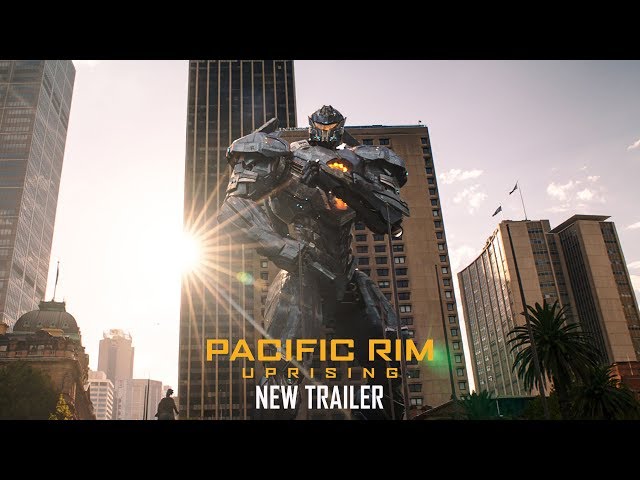 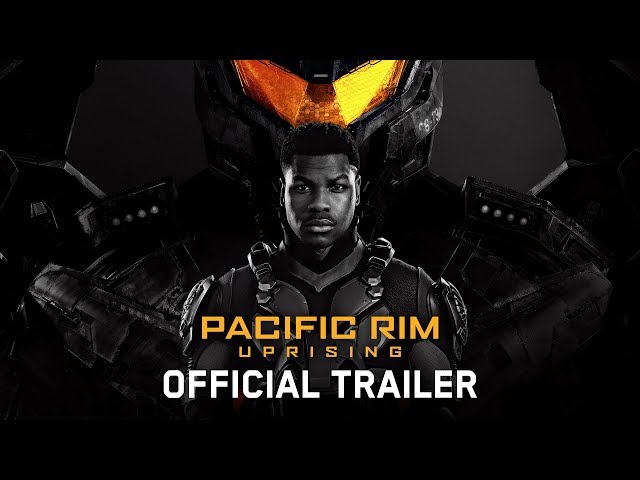 It is 2035, ten years after the Battle of the Breach, in which the interdimensional portal created by the Precursors (through which they sent marauding Kaiju) was closed. Former Jaeger pilot Jake Pentecost (John Boyega) - son of Battle of the Breach hero Stacker Pentecost - makes a living by stealing and selling Jaeger parts on the black market in the Los Angeles area. After he tracks part of a disabled Jaeger's power core to the secret workshop of fifteen-year-old Jaeger enthusiast Amara Namani (Cailee Spaeny), both are arrested by the Pan-Pacific Defense Corps (PPDC) following an altercation between Amara's originally made small, single-pilot Jaeger Scrapper and the Police Jaeger November Ajax. Jake's adoptive sister and PPDC Secretary General Mako Mori (Rinko Kikuchi) persuades him to return to PPDC as an instructor, with Amara as his recruit.
Arriving at the China Shatterdome, Jake starts training Jaeger program cadets with his estranged former co-pilot Nate Lambert. Nate and Mako explain that the Jaeger program is threatened by the Shao Corporation's new drone program, which offers to mass-produce Jaeger drones developed by Shao Liwen and Dr Newton 'Newt' Geiszler. Mako is due to deliver a final assessment to determine the approval of the drones at a PPDC council meeting in Sydney, but is killed by rogue Jaeger Obsidian Fury during an altercation with the latter and Gipsy Avenger, Jake and Nate's Jaeger, before she can. Her death prompts the PPDC council to authorize and deploy the drones immediately.
Moments before her death, Mako had transmitted the location of a defunct Jaeger production facility in Russia. Jake and Nate travel there in Gipsy Avenger, but Obsidian Fury destroys the complex and engages them in battle. Upon destroying its reactor, they find that Obsidian Fury was piloted by a Kaiju's secondary brain, which testing shows was grown on Earth.

Who plays who in the Pacific Rim: Uprising movie?

Here is the full cast and characters of "Pacific Rim: Uprising" movie. Actors and actresses are sorted mostly in credits order.

What are critics and audiences saying about Pacific Rim: Uprising movie?

"Pacific Rim: Uprising" movie got average rating from critics. IMDB rating is 5.6/10. Rotten Tomatoes rating is 43/100. The audience dislikes the film either. Audiences polled by CinemaScore gave the film an average grade of "B" on a scale ranging from A+ to F.

More information and reviews on "Pacific Rim: Uprising" movie you can get on the following websites.

Pacific Rim: Uprising on IMDB is available at:

Pacific Rim: Uprising on Wikipedia is available at: