Here are "The Little Mermaid" movie trailer, plot summary, full cast and characters, release date, streaming services and everything we know so far.

Is there a trailer for The Little Mermaid movie? 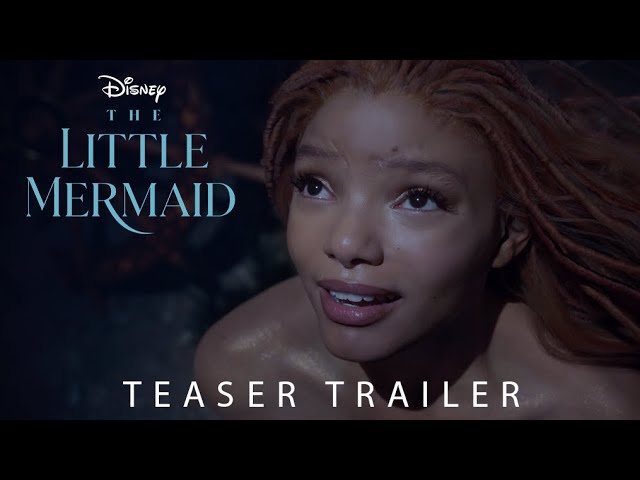 What is The Little Mermaid movie plot?

Here is a short review of "The Little Mermaid" movie plot summary.

A young mermaid makes a deal with a sea witch: trading her beautiful voice to get human legs so she can discover the world above water.

Who plays who in the The Little Mermaid movie cast?

Here is the full cast and characters of "The Little Mermaid" movie. Actors and actresses are sorted mostly in credits order.

Halle Bailey  as Ariel a mermaid princess and King Triton's youngest daughter
Jonah Hauer-King  as Eric a human prince whom Ariel falls in love with after saving him from drowning, after which he becomes determined to find and marry Ariel
Daveed Diggs  as Sebastian a loyal crab and King Triton's trusted servant and court composer
Jacob Tremblay  as Flounder an anxious yet noble tropical fish
Noma Dumezweni  as Queen Selina King Triton's wife, Ariel's mother and the Queen of Atlantica
Awkwafina  as Scuttle a dimwitted diving bird and a friend of Ariel's, to whom she provides inaccurate descriptions of any human/surface world object Ariel finds
Javier Bardem  as King Triton Ariel's overprotective father and the King of Atlantica
Melissa McCarthy  as Ursula a treacherous sea witch whom Ariel makes a deal with to become a human, which as secretly part of Ursula's plan to conquer Atlantica
Lorena Andrea  as Perla a new character for the film
Kajsa Mohammar  as Karina a new character for the film
Jude Akuwudike  as Grimsby
Lin-Manuel Miranda  as Chef Louis (rumored)
Jessica Alexander  as Vanessa (rumored)
Emily Coates  as Rosa (rumored)
Russell Balogh
Karolina Conchet  as Actress
Adrian Christopher
Craig Stein  as Dancer / Pupeteer
Jeffin Kunjumon
Alexia Collard

When is The Little Mermaid movie release date?

What are The Little Mermaid filming details?

More information and reviews on "The Little Mermaid" movie you can get on the following websites.

The Little Mermaid on IMDB is available at:

The Little Mermaid on Wikipedia is available at: