Here are "The Card Counter" movie trailer, plot summary, full cast and characters, release date, streaming services and everything we know so far.

Is there a trailer for The Card Counter movie?

Focus Features on Tuesday, July 27, 2021 released the trailer for "The Card Counter" you can watch here:
THE CARD COUNTER - Official Trailer - Only In Theaters September 10. 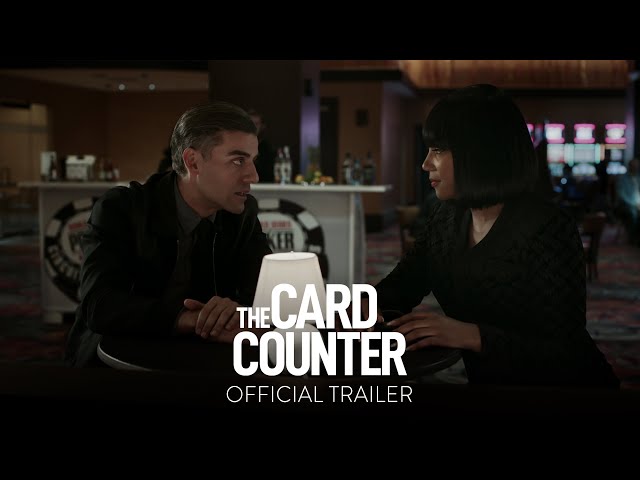 What is The Card Counter movie plot?

Here is a short review of "The Card Counter" movie plot summary.

William Tell (Oscar Isaac) is a gambler who taught himself how to count cards during an eight-year stint in military prison. Seeking to avoid attention - either fame or casino bouncers - Tell's gambling philosophy is to bet small and win modestly. Despite gambling nearly every day, he never stays in a casino hotel. He lives out of two small suitcases and stays in motels, where he removes any decor and covers all the furniture in plain sheets secured with twine.
At a casino, Tell encounters La Linda (Tiffany Haddish), an acquaintance from the gambling world. She runs a stable, a group of investors who back gamblers for a portion of their winnings. She offers to stake William but he refuses, unwilling to be burdened by the responsibility.
In Atlantic City, a security-industry convention is being held in the same building as the casino. Tell slips into a seminar held by retired Major John Gordo (Willem Dafoe), but decides to leave almost immediately. On the way out, he is recognized and confronted by a young man, Cirk Baufort (Tye Sheridan), who slips him his name and number. After a nightmare about torture in a prison camp, Tell calls the young man and agrees to meet. Cirk informs Tell he knows who he really is: PFC William Tillich, a soldier who was tried and convicted for his role in the Abu Ghraib torture and prisoner abuse. Cirk explains that his father, Roger Baufort (Britton Webb), was also at Abu Ghraib; like Tell, he was dishonorably discharged and served time, but the experience led him to drug addiction and made him violently abusive. Cirk's mother left the family, and Roger eventually killed himself. Gordo was the superior of Tillich and the elder Baufort and trained them in enhanced interrogation techniques, but as he was involved as a "civilian consultant" avoided facing any charges or culpability. Cirk holds Gordo responsible for what happened to his family and is planning to capture, torture, and kill him for revenge and seeks Tell's help. Tell refuses but offers to take Cirk along as he gambles in an attempt to help the young man avoid a violent life.

Who plays who in the The Card Counter movie cast?

Here is the full cast and characters of "The Card Counter" movie. Actors and actresses are sorted mostly in credits order.

When is The Card Counter movie release date?

What are The Card Counter filming details?

The duration of the film is 112 minutes. The film grossed over $3.4 million.

"The Card Counter" movie is rated "R", according to the MPAA film rating system.

What are critics and audiences saying about The Card Counter movie?

"The Card Counter" movie got high rating from critics. IMDB rating is 6.2/10.

More information and reviews on "The Card Counter" movie you can get on the following websites.

The Card Counter on IMDB is available at:

The Card Counter on Wikipedia is available at: